Nike’s latest push towards environmental, social, and corporate governance (ESG) is to open a new segment within the company that will start refurbishing sneakers and resell them to consumers for cheaper prices. Basically, it’s glorified refurbishment that will allow working-poor Americans to afford the latest sneakers (slightly used) for up to a 40% discount.

Nike said it would clean the “gently worn, like-new or slightly imperfect sneakers” by hand and make them presentable for resell. For the shoes to qualify for the refurbishment program, the sneakers must be returned to stores within two months of purchase.

“After a shopper returns a pair of shoes to Nike within a 60-day return window, eligible footwear is added to the Nike Refurbished lineup. Each pair is inspected and refurbished by hand, and then given a condition grade. The team uses a number of different products and tools to return shoes to as close to new condition as possible. Once the shoes land back in a Nike store, the price is based on footwear type and condition grade,” Nike said on its website.

It’s part of Nike’s latest circular consumer offering that allows them to extend the lifespan of footwear – thus save the planet by reducing its waste footprint. About 15 US-based stores will carry refurbished footwear by the end of April, and more stores will have the slightly used shoes in stock by the second half of the year.

The box of the slightly used shoes has a message that reads, “Move To Zero.” 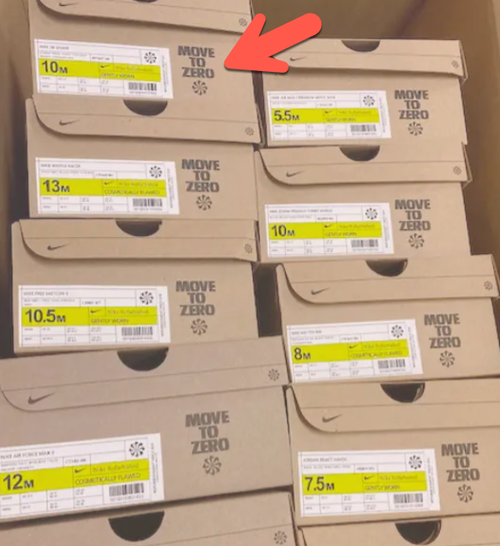 Major retailers selling refurbished clothing and shoes have been a growing phenomenon over the last few years. The second-hand market has boomed during COVID as millions of people lost their jobs, and some 18 million are still on jobless benefits more than one year after the pandemic began.

Retailers like Macy’s, GAP, IKEA, Nordstrom, among others, have entered into the second-hand space in recent years as they recognize consumers are becoming poorer. Here’s the list of some retailers already in the second-hand market: 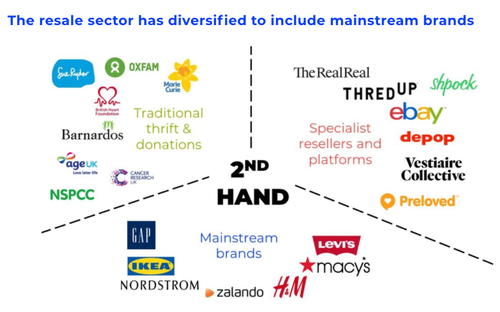 With Americans becoming poorer, the second-hand market for goods isn’t just evolving, it’s big business. But the narrative behind major retailers diving into the second-hand space is to “lower their carbon footprint.”

Luongo On Overblown Nonsense: “Insurrection” & “The Death Of The Dollar”