Though accurate reporting and information has been hard to come by given the periodic government-imposed internet and social media blockages over much of the country, the death toll in Myanmar following weeks of anti-coup protests and clashes with police has been reported at over 60 killed. Most of these are believed to be shooting deaths by police and security using live ammo.

Coming over a month after the Feb.1 military-led coup which resulted in the arrests of the elected civilian leadership, most notably State Counsellor Aung San Suu Kyi, Amnesty International has released a report Thursday detailing that the junta is using “increasingly lethal tactics” including the deployment of “battlefield weapons” against peaceful demonstrators. 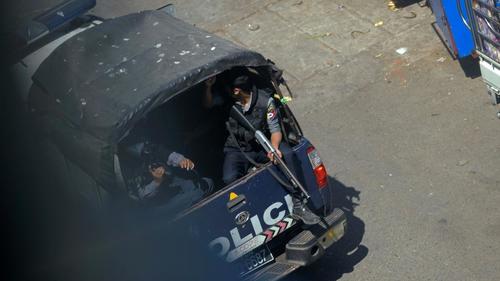 Amnesty based much of its assessment on over 50 videos of shootings involving police and pro-junta forces, who they’ve accused of “implementing planned, systematic strategies including the ramped-up use of lethal force.”

“These Myanmar military tactics are far from new, but their killing sprees have never before been livestreamed for the world to see,” the report said. “These are not the actions of overwhelmed, individual officers making poor decisions. These are unrepentant commanders already implicated in crimes against humanity, deploying their troops and murderous methods in the open.”

The rights organization is further dubbing many of these “extrajudicial executions”.

There’s lately been additional reports of the army torturing members of the formerly ruling National League for Democracy. The army had seized power while alleging elections late last year were ‘fraudulent’. 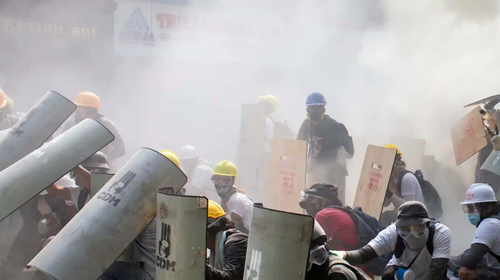 CNN reported this week that “An official from ousted Myanmar leader Aung San Suu Kyi‘s party has died in custody following alleged torture, the second such death while in detention of junta forces this week, according to a watchdog group.”

Amnesty is now urging the UN Security Council to immediately take up the matter with the International Criminal Court, also as the Biden administration has issued targeted sanctions against top leaders of the ruling junta.

Amnesty has complied clips of some of the graphic footage it analyzed below:

“The Security Council has done nothing, and today we see the same military units turn their fire on protesters,” Amnesty said.

“The military authorities must immediately cease their deadly onslaught, de-escalate the situation nationwide, and release all those arbitrarily detained,” it urged.