An armed group calling itself the Righteous Promise Brigades [Alwiyat Al Wa’ad Al Haq] has claimed responsibility for the recent attack on the Saudi capital of Riyadh.

In a statement released late on January 23, the group said it had attacked Riyadh with a number of kamikaze drones.

According to the group, the attack targeted several positions in the Saudi capital including the Al Yamamah Palace, the official residence and office of the King of Saudi Arabia and the seat of the royal court. 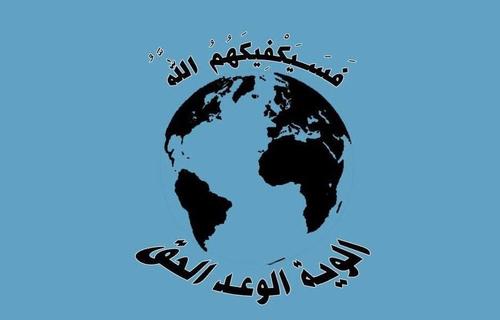 Early on January 23, the Saudi-led coalition announced the interception of a hostile aerial object over Riyadh, holding the Houthis responsible. The Yemeni group, however, denied responsibility for the attack.

The Righteous Promise Brigades said the attack on Riyadh was a response to the January 21 Baghdad bombings, which claimed the lives of 34 people. The attack was carried out by ISIS, which receives support from Saudi Arabia, according to the group.

“The second blow will be on the dens of evil in Dubai, with the help of the Almighty, if the crimes of Bin Salman [Saudi Crown Prince] and Bin Zayed [UAE Crown Prince] are repeated,” the group said in its statement.

The newly-formed group may be affiliated with Iran. According to a recent report by Kuwait’s al-Qbas, the Islamic Revolutionary Guard Corps deployed precision-guided rockets and drones in southern Iraq.

Saudi Arabia is yet to comment on the Righteous Promise Brigades’ announcement. The attack on Riyadh will likely lead to more tensions in the Middle East.

Both Tortuous and Torturous

Why The Gold Price Is Sinking