Nancy And Paul Pelosi Bought More Than $1 Million In Tesla, Disney And Apple Calls In December

When one looks at a situation like Monday’s insanity-fueled, retail induced short squeeze across the board, one must ask: who are the government officials that have allowed this to happen and what have they been doing during the time they should be regulating such multiple-sigma market absurdities?

Allow us to offer a partial answer. If you were Nancy Pelosi and her husband, you were buying call options in names like Apple, Tesla and Disney. That’s what a new disclosure, detailed in Barron’s, revealed late last week.

Paul Pelosi purchased LEAPS in Tesla, Apple and Disney and shares in AllianceBernstein on December 22, the disclosure revealed. In other words, it’s not just clueless retail Robinhood investors that are speculating; it’s also clueless politicians. 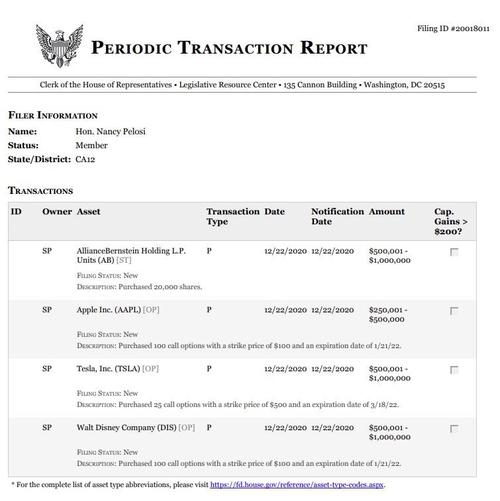 Obviously, the call option purchases are worth noting – not only because they are leveraged investments and are far more risky than buying outright stock – but because the Speaker now clearly has a vested interest in the success of names like Tesla, whose trajectories as public companies can be altered drastically by government decisions. 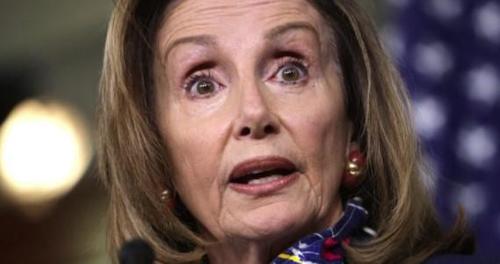