Nancy Pelosi’s husband made an excellent options trade. Let’s check it out. 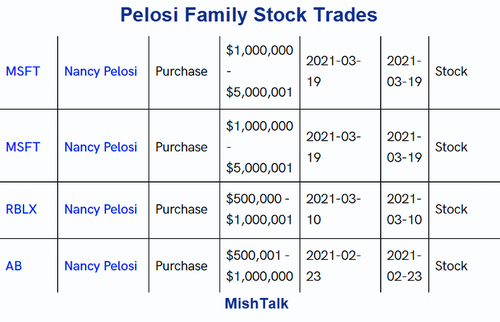 It is OK for members of Congress to trade on inside information including government contracts before deals are announced.

House Speaker Nancy Pelosi did just that, rather, her husband did.

Purchase of Stock Via Call Options

The Barron’s article is behind a paywall. Fox News also reports the same thing: Pelosi’s Husband Bought $10M in Microsoft Shares Through Options.

Paul Pelosi exercised call options and paid $1.95 million to buy 15,000 shares of Microsoft at a strike price of $130 on March 19, according to an April 9th filing with the House clerk. That same day, Pelosi, who owns and operates a California venture capital investment and consulting firm, paid $1.4 million for 10,000 shares valued at $140 apiece.

Since Pelosi made the purchase, Microsoft share prices have climbed from about $230 to roughly $255 – an increase of close to 11% – after the company secured a lucrative government contract worth nearly $22 billion to supply U.S. Army combat troops with augmented reality headsets. The deal was announced on March 31.

Comments by Krystal and Saagar

Nancy Pelosi in the 7th Richest Person in Congress. 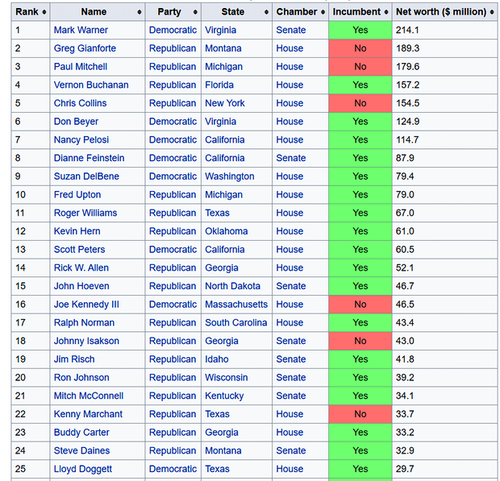 Question of the Day

Q: How did Nancy Pelosi become so wealthy?

A: You tell me. Any guesses?

Legal For Congress, Not You

Trading on insider knowledge is legal for members of Congress. 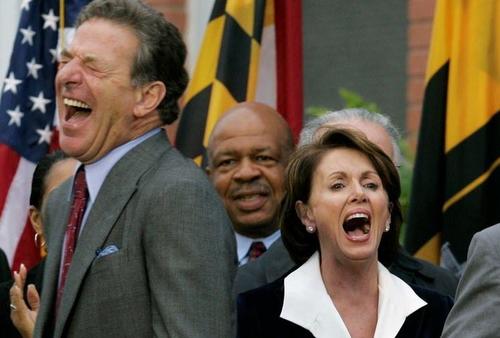 If you had knowledge of this deal and made a similar trade, then got caught, you would be fined, lose all your profits, and potentially be thrown into jail.

Greenwald: The New Domestic War On Terror Is Coming

Hooray! The Price Of Toilet Paper Is Going Up Again, Are You Cheering Too

The Macro Factors Driving The COVID Economy In Two Charts