“An unusually strong response to weekend adjustments to the short-term temperature forecasts,” said Ritterbusch and Associates. The independent consulting firm said prices could reach the $3 mark by the end of the month.

BAMWX’s meteorologist Kirk Hinz tweeted, “If you’re a fan of cold & wintry weather ahead, this pattern is for you.” He said a polar vortex is pouring Arctic air into the US’s central part that will “help transition out of the previously warm pattern.”

“The pattern ahead as we get deeper into mid-February supports a widespread colder than normal look across the US we haven’t seen since February 2014. A combination of finally tapping into the Polar Vortex and favorable atmospheric tropical forcing has data showing some of the coldest air on the Planet pushing South into the US, starting next week,” Hinz stated. 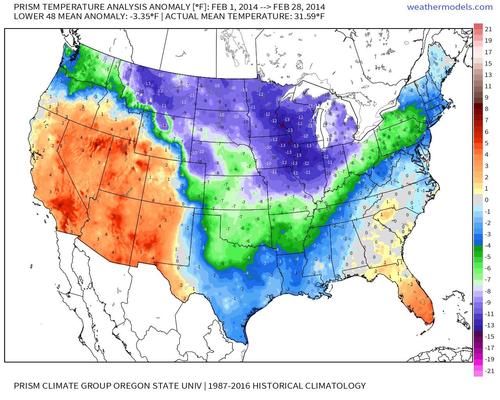 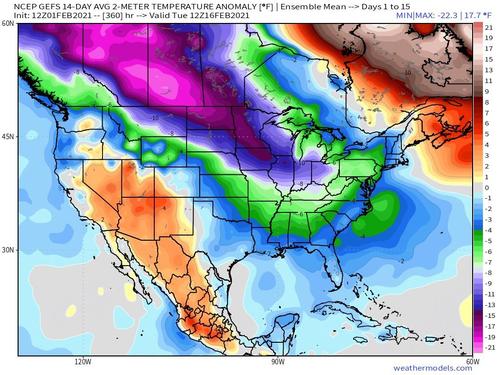 He concludes by saying both “GFS & ECMWF” could bring “absolute brutal cold next weekend behind a winter storm.”

… and just in time as Goldman Sachs flipped from bearish to bullish on natgas.

To sum up, natgas prices are exploding higher on a weather outlook that is much colder than previously expected. There’s also a threat of another system next weekend.