Last week, as the polar vortex poured Arctic air into the central US and down into the Gulf of Mexico, Oneok’s network experienced a catastrophic meltdown as frigid temperatures caused equipment failures.

Next-day delivery at the Oneok Gas continued to erupt early this week. On Wednesday, spot prices at Oneok jumped to $1,250. This is one of those markets where having a limit-up circuit breaker could actually be helpful, even though there is nowhere near enough product to satisfy demand at any price hence the explosive move.

Limit-down circuit breakers would have been good today on Thursday as Oneok NatGas Spot prices crashed down 99% to ‘norms’ around $4 as temperatures rose. 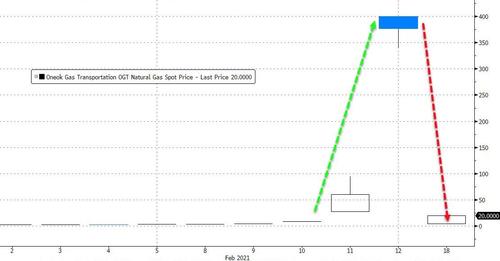 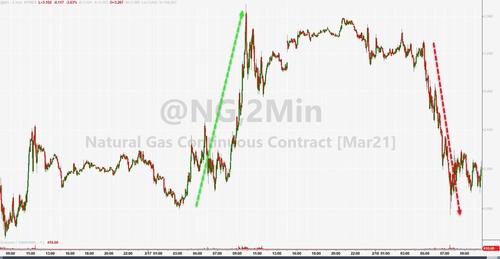 Earlier today, we showed the worst is likely over as warmer temperatures could be seen by the weekend. 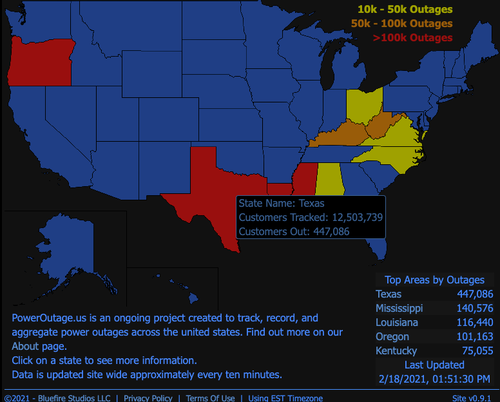 With the power grid stabilizing, more customers see their power restored. PowerOutages.US (as of 14:01 ET) showed around 447k customers without power in the state.