After years of burning cash with heedless abandon, and with an ever-growing field of new low-priced competitors nipping at its heels, Netflix is understandably facing pressure to squeeze more profits out of its users. And user growth is still a critical metric for Wall Street.

Readers may remember Netflix shares’ reaction to the company’s Q4 global paying subs number released back in January with the rest of the streaming giant’s Q4 earnings, when the company projected that it might become free cash flow positive for the year 2021. 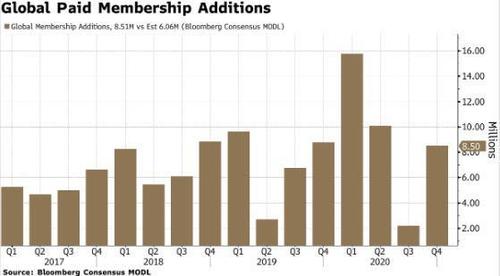 Well, as it turns out, that promise was accompanied by a gamble that could risk Netflix finally losing its dominant position in the streaming race, especially as new platforms are seemingly launched every few months, while more established competitors like HBO Max and Disney+ add millions of subscribers a month. Netflix is testing a new feature to try and force some of its non-paying users off the platform, according to Bloomberg. 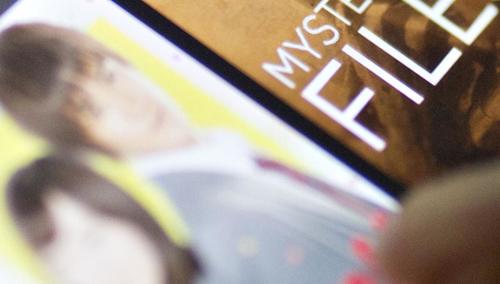 Sharing of Netflix passwords and account access has been rampant since the early days, back when a monthly subscription was roughly half the price it is now.

And as Netflix shares lag the broader Nasdaq index (during a period that has seen high-flying tech shares underperform vs. “real economy” stocks like the members of the DJIA), the company is apparently betting that finally confronting its deadbeat users might convert more of them into subscribers (notably, it’s timing this initiative with the latest round of stimulus checks and renewed unemployment benefits).

The big fear, according to Benchmark Co’s Matthew Harrigan, is that the crackdown could hurt NFLX’s pricing power. Last week, Needham called user churn the top risk for Netflix.

But Wired has a different take: NFLX’s purge could have a silver lining, since it could help push users toward 2-factor authentication, which makes their accounts more secure.

The limited test that Netflix introduced this week is basically a form of two-factor authentication, the kind you hopefully already have on most of your online accounts. Some users have begun to see the following prompt when settling in for a binge: “If you don’t live with the owner of this account, you need your own account to keep watching.”

Below that, there’s an option to get a code emailed or texted to the account owner, which you can enter to continue watching.

A source familiar with Netflix’s trial says that the company is still in the very early stages, and sees the effort as a way both to verify who’s using what accounts and to minimize the security issues inherent in unauthorized sharing.

Netflix’s terms of service specify that accounts must not be shared with people living outside the user’s household. But one Wired editor reportedly found 90 authorized devices linked to the Hulu account she herself was mooching off of.

Estimates from Bloomberg and others seem to put the percentage of Netflix users who are mooches at roughly 30%. While excising the mooches will help improve the quality of auto-generated recommendation lists for its paying users, Netflix could see a drop in hours consumed exacerbated by the fact that customers around the world are about to finally get up off the couch.