Such a place would bring a whole new meaning to the phrase “company town”. 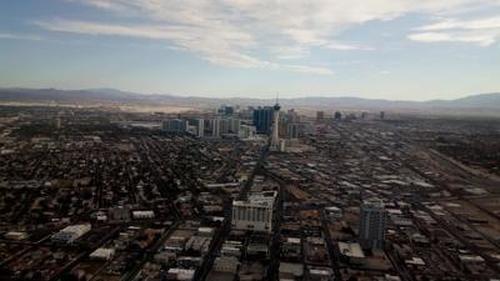 Just imagine an Apple-ville, Google-town, or PornHubtopia, but instead of rising out of Silicon Valley, the companies may need to trek out to the Nevada desert.

Because Nevada is trying to make all this – and more – a reality with its latest economic development plan, which involves a decidedly innovative approach that differs starkly with the traditional tax abatements and incentives offered by states like New York (to megacorps like Amazon), and by other states, to other (also often already very large) companies. But Nevada isn’t just trying to lure in the big fish. It’s trying to convince people to come there and build.

According to a draft of the plan obtained by the Las Vegas Review-Journal (but not yet shared with the legislature), the law would effectively make Nevada an ideal place of business for the next generation of crypto-libertarian innovators. These corporation-run governments “would carry the same authority as a county, including the ability to impose taxes, form school districts and justice courts and provide government services, to name a few duties,” the Review-Journal added.

While the details of the plan were just leaked this week, when Democratic Gov. Steve Sisolak first introduced the plan during his State of the State address on Jan. 19. At that time, he named Blockchain LLC as one company that had committed to traveling to Nevada and building there.

The leak to the Review-Journal is starting to pick up traction, as the story about Nevada’s plan for “Innovation Zones” attracts the interest of the national press. It has all the makings of a good political story – after all, it features a Democrat trying to create an independent, decidedly capitalist, libertarian society.

The whole point of the plan is to bring in more businesses, people and competition by bringing “groundbreaking technologies” to the state, which is already benefiting from the exodus from nearby California, as stretched residents of the Bay Area (and other parts of the Golden State) have been making homes in Las Vegas, Reno, Carson City and other parts of the Silver State, and more will likely continue to do so as California moves to chase away the wealthy, especially in the tech space.

The governor’s office of economic development will manage applications for the plan. And even though it’s hardly a sure thing to pass the legislature, it has already got some developers and local officials, excited.

Storey County Commissioner Lance Gilman, one of the industrial center’s developers, said that the Blockchains Innovation Zone is “going to have an impact on Storey County, and the jury is still out on whether that will be positive or negative.” Gilman said that the county is staying open-minded about the idea, but there needs to be some sort of incentive to compensate for ceding the land to the zone itself.

Perhaps the most refreshing thing about the plan is that it represents a rare example of state-led economic development that doesn’t feature the use of tax abatements or other publicly funded incentive packages. Kowtowing to corporate interests helped bring Tesla’s Gigafactory to Nevada, apparently.

But we suspect the notoriously open-minded Tesla CEO Elon Musk might be willing to trade Texas and California for Nevada if this plan were to pass.

“That Would Be Crossing The Rubicon”: The BoJ Is About To Own More Than Half Of All JGBs

Electric Vehicles: Trading One Form Of Hazardous Mining For Another