The West African country of Guinea has confirmed its first Ebola deaths since 2016 as the World Health Organization (WHO) is ramping up to combat the new declared outbreak there.

At least three people have died from the deadly disease with another half-dozen people testing positive. On Sunday Guinea’s National Health Security Agency called the new outbreak an “epidemic situation”. 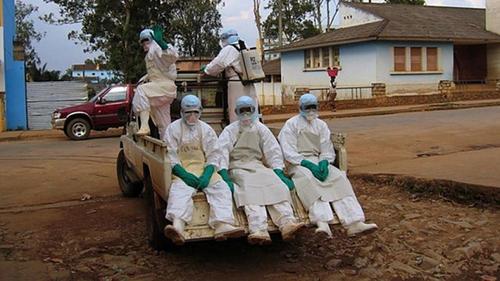 Health officials are now scrambling to trace the new outbreak’s origins, while isolating individuals that had contact with the infected. So far they’ve narrowed a possible outbreak center to a funeral that was attended by many.

As Reuters describes, “The seven patients fell ill with diarrhea, vomiting and bleeding after attending a burial in Goueke sub-prefecture. Those still alive have been isolated in treatment centers, the health ministry said.”

Ebola can kill rapidly and painfully, and is believed spread through bodily fluids. There’s growing alarm and panic given the last outbreak in West Africa was so deadly:

The 2013-2016 outbreak of Ebola in West Africa started in Nzerekore, whose proximity to busy borders hampered efforts to contain the virus. It went on to kill at least 11,300 people with the vast majority of cases in Guinea, Liberia and Sierra Leone.

Sporadic cases have appeared in central Africa in recent years, but currently the health systems of Guinea and other regional countries is already under severe strain given the coronavirus pandemic. Guinea has nearly 15,000 COVID-19 cases out of a country of about 12 million, including 84 deaths.

The WHO issued a weekend statement saying it was “ramping up readiness & response efforts to this potential resurgence” of the virus in the West African coastal region, also with Director-General Tedros Adhanom Ghebreyesus announcing Saturday it is now conducting “confirmatory testing” in the region.

The Day All the ATMs Ran Out of Cash