In a world of surging violent crime, economic downturn, and a raging virus pandemic, one New York lawmaker has introduced a bill to outlaw body armor in the state, according to The Washington Free Beacon.

If the bill is passed, anyone who owns body armor would have to surrender their vests within 15 days of the law being passed or face severe consequences. 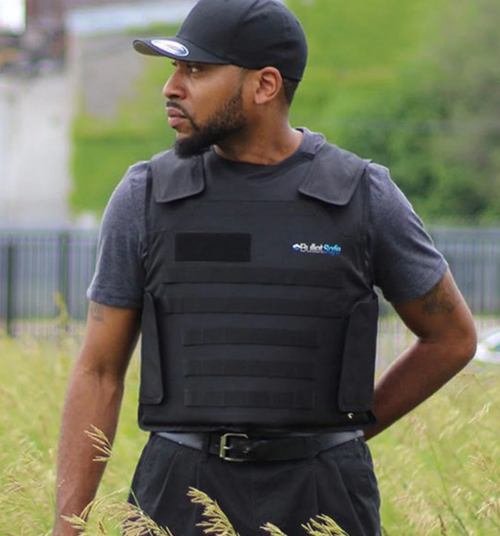 The bill introduced by assemblymember Jonathan G. Jacobson (D.) is attempting to outlaw the sale and possession of body armor across the state.

New York already prohibits the use of bulletproof vests while carrying out “any violent felony offense.” Still, Jacobson’s proposal would make it criminal for anyone in possession of a vest.

So what’s the penalty if the new law is passed?

According to the law, “the purchase or possession of a body vest shall be a class A misdemeanor for a first offense and a Class E felony for each subsequent offense.” This could result in fines, probation, and even jail time.

This week, we noted that background checks for firearms hit record levels this year amid the virus pandemic, social unrest, and surging violent crime.

If Jacobson’s bill passes, body armor bans could sweep across blue states. Even before the bans may be seen, there could certainly be a run on vests. 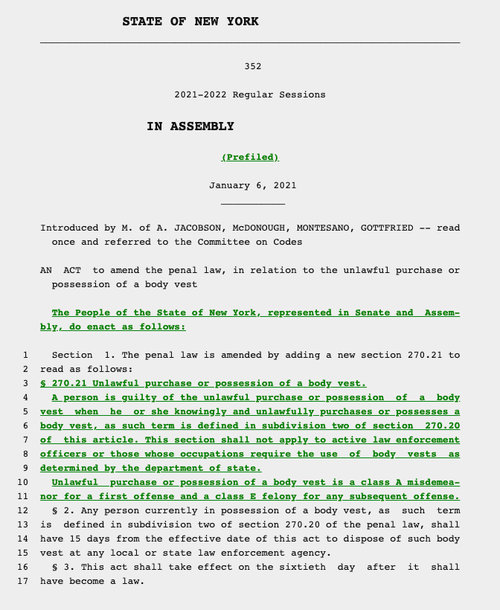