Two dangerous weather events are set to unfold in the coming days. The most immediate is a snowstorm that will strike Mid-Atlantic and Northeast states on Sunday. The storm will be followed by a “deep freeze” next week, something we outlined Friday.

Saturday morning, winter storm watches and warnings have been posted across a large part of the country. The bulk of the winter storm warnings are seen from Baltimore–Washington metropolitan area to Philadelphia to New York City to Cape Cod Bay. 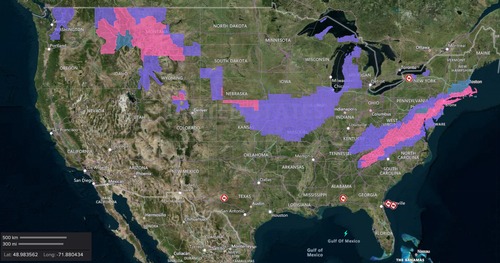 At the moment, the storm is traversing the Plains and Midwest, blanketing those regions with up to 6 inches of snow. By early Sunday morning, a coastal low will develop and move up the East Coast. ABC News expects “snowfall rates up to 2 inches per hour” for Mid-Atlantic and Northeast states. 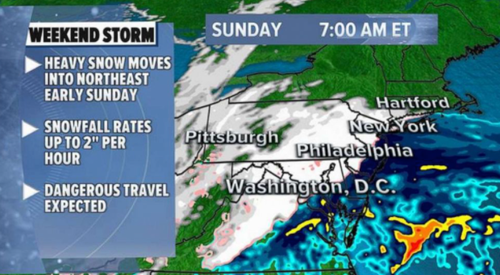 The fast-moving storm will likely be out of the Northeast by Sunday evening. Accumulating snow is expected up and down Interstate 95.

“About 4 to 7 inches of snow are expected to fall across much of the Northeast, and over 6 from eastern Pennsylvania to Massachusetts. There is a chance that a couple of isolated spots could get hit by torrential snow, which would push totals higher,” ABC said. 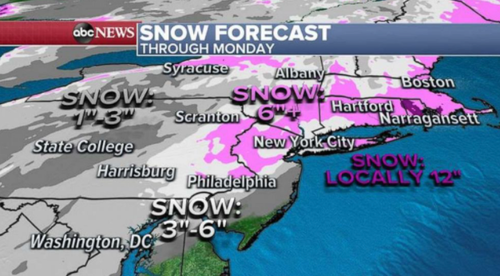 Readers may recall our note on Friday titled “Meteorologists Warn ‘Deep Freeze’ For The US Begins Next Week,” well, that’s part two of the dangerous weather event unfolding early next week.

BAMWX’s meteorologists have posted numerous weather models over the last couple of days suggesting fridge air for the next couple of weeks.

“This is the NAEFS which is the North American ensemble forecast system. This is a loop of 5 day chunks over the next 14 days. I have never seen this product forecast even close to this level of cold it’s forecasting,” said BAMWX’s Twitter account.

This is the NAEFS which is the North American ensemble forecast system. This is a loop of 5 day chunks over the next 14 days. I have never seen this product forecast even close to this level of cold it’s forecasting. #natgas #oott #PolarVortex pic.twitter.com/75mfkdUqjy 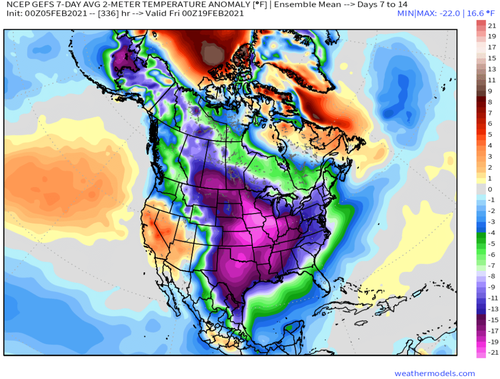 This all comes as Punxsutawney Phil saw his shadow last week which usually suggests six more weeks of winter.