Yesterday, Europe’s already struggling COVID vaccine rollout took another hit when more than half a dozen nations stopped doling out COVID vaccines created by AstraZeneca following reports that some patients who received the vaccine developed life-threatening lung clots, with at least one person having subsequently died as a result.

While health authorities in Denmark, one of the first countries to halt the AstraZeneca-Oxford jab, said it was impossible to tell if there was any connection, the spate of suspicious cases is apparently enough to prompt health authorities to take a closer look. On Friday morning, Thailand became the first non-European country to halt the AstraZeneca vaccine, while several other nations, including Canada, Australia, the Philippines and South Korea, have all said they would move forward.

Bulgaria became the latest European nation to suspend the vaccine on Friday. According to Reuters, the Bulgarian government wants the EMA to send over a written statement outlining its argument about why it should allow vaccinations to go forward. 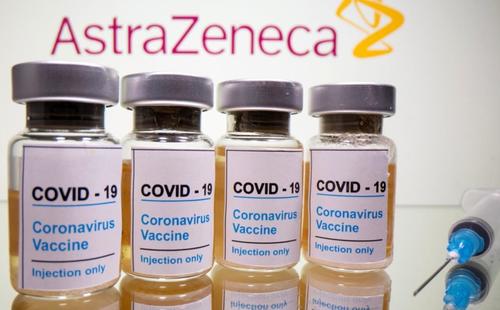 The news has put pressure on shares of AstraZeneca, which on Friday added to their declines from earlier in the week.

Norway’s top medical regulators confirmed Friday that they had received reports of a death in a patient who had received the vaccine in the county of Innland, according to a statement by NIPH.

To be sure, Norway’s team said that whether or not there is a link between the vaccine and the death hasn’t been concluded, though officials said the death involved a younger person.

But as a precaution, Norwegian Medicines Agency will now review all reported suspected adverse reactions following vaccination with the AstraZeneca vaccine and other coronavirus vaccines.

On Wednesday, Brussels top regulator, the European Medicines Agency said Wednesday in a statement referencing concerns with some Austria cases that it was investigating the concerns but that it has found no indication that the vaccine caused the blood clots; the European Commission has said it will follow EMA’s

As Europe’s vaccine rollout hits new snags, trials of Russia’s “Sputnik V” jab, which, like the AstraZeneca jab, uses adenovirus-vector technology, is nearing the end of a critical Phase 3 trial taking place in the United Arab Emirates. The trial has completed the inoculation phase, and testing will move into the scientific data collection phase after 1,000 volunteers in the UAE received a second dose and the next step involves monitoring volunteers’ immune response over 180 days.

UAE results will be combined with existing findings elsewhere. Interim results are expected in April.

Finally, as Europe revives doubts about the safety of some COVID vaccines, GlaxoSmithKline and Vir Biotechnology announced Friday that their COVID antibody therapy showed a significant reduction in hospitalizations and deaths for at-risk patients in an advanced-stage trial that progressed faster than expected.

53% Of Canadians On Brink Of Insolvency