Global cobalt prices per metric ton are up more than 20% since the beginning of this year as increasing electric vehicle demand has strained global supply chains. 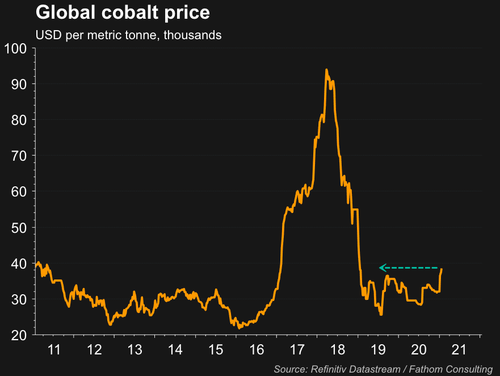 WSJ spoke with auto and battery experts about cobalt, a metal found in lithium-ion batteries. Besides EVs, the blue metal is found in virtually every consumer electronics like cell phones, laptop computers, and tablets. 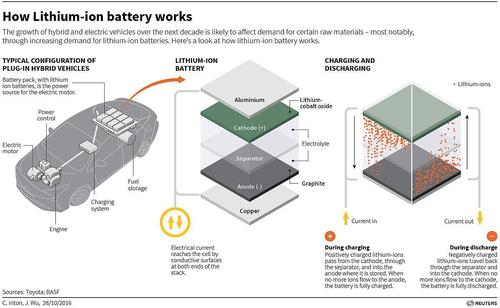 Ying Lu, an analyst at London-based commodity research firm Roskill, was quoted by WSJ as saying, “demand is not going to shrink any time soon, while the supply remains tight mainly due to logistics disruptions in South Africa during the pandemic.”

As explained by InsideSources, every EV battery contains cobalt, with most of it mined in the Democratic Republic of Congo (DRC).

DRC has sustained years of destabilization as the Congo government and armed militants duke it out over the control of mines. Much of the DRC cobalt is then hauled to South Africa and shipped to China for processing.

It’s not just automakers and suppliers buying cobalt from DRC, many are trying to recycle cobalt from old batteries and exploring other regions around the world for alternative sourcing.

As a reminder, the Trump administration has signed an executive order in the US mining industry, highlighting America’s dangerous overdependence on China for rare-earth metals.

In 2016 and 2018, massive interest poured into EVs with the Model 3 Tesla launch. Cobalt prices nearly quadrupled in that timeframe before crashing down in 2019. A recent move higher in prices could suggest that speculators have entered the market with the idea that President Biden’s effort for a greener economy could result in higher demand for the metal.

Biden plans one million new auto industry jobs in manufacturing, supply chains, and infrastructure for an economy powered by new technologies to reduce greenhouse gas emissions. The government’s push to electrify the economy would increase demand for cobalt, nickel, and manganese, among other components needed for battery-making.

Even with the US expected to boost EV production and supply chains under a new administration, China will continue to dominate the EV space.

What a difference six months makes. The last time we reported on cobalt, prices fell to a ten-month low on waning demand from aerospace and EVs. 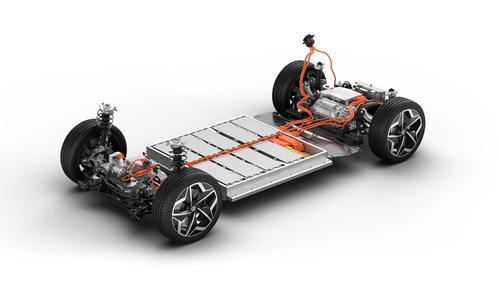 Are speculators about to dive headfirst into cobalt markets and push prices higher based on Biden’s new green economy?

Zoltan’s Latest Shocker: The Taper Will Be Bullish If…