Greta Thunberg, the 18-year-old climate activist who famously berated world leaders in 2019 for ‘stealing her childhood’ for failing to act aggressively enough on climate change, is now bashing President Biden for ‘not doing nearly enough’ despite rejoining the Paris Agreement on climate change. 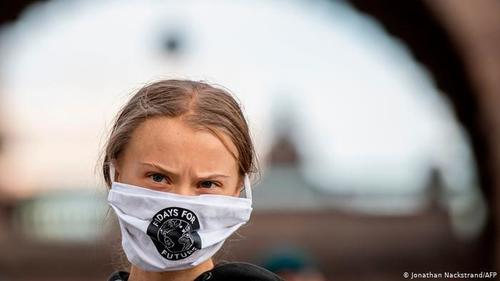 During an appearance on MSNBC’s “The Mehdi Hasan Show,” Thunberg refused to assign a grade to Biden’s current efforts, saying: “You should rather look at the science and whether his policies are in line with the Paris Agreement and to stay below 1.5 or even 2 degrees Celsius,” adding “And then you can clearly see that, no, it’s not nearly enough in line with the science.”

When asked what more the Biden administration can do, Thunberg said she’d like to see more urgency.

“Just treat the climate crisis like a crisis,” she said, adding “They have said themselves that this is an existential threat, and they’d better treat it accordingly, which they are not. They are just treating the climate crisis as [if] it were a political topic among other topics” according to the Independent.

”If Joe Biden called you and said he could wave a presidential magic wand, what you tell him to do?”

– Nothing. Because that would be undemocratic and democracy is the most precious thing we have.
My interview with @mehdirhasan @MehdiHasanShow on @MSNBC#FaceTheClimateEmergency pic.twitter.com/mOM1xt2oVd

Of course, Thunberg could have encouraged Biden to have a chat with his good friend Xi Jinping about China’s status as the World’s worst polluter in terms of gross C02 emissions at 10.06GT, followed by the Untied States at 5.41GT and India in third at 2.65GT. 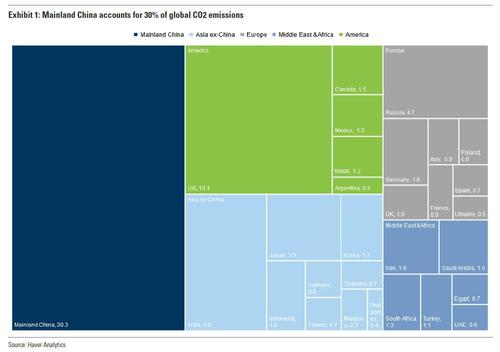 What’s more, the United States has been doing more to reverse C02 emissions, while China’s appear to be accelerating.

As Goldman noted late last month, while over 120 countries have announced targets to cut greenhouse gas (GHG) emissions, China claims they can achieve peak C02 emissions by 2030 and carbon neutrality by 2060.

“There is little doubt that “Carbon Neutral 2060” will be an enormous undertaking given China’s natural endowment of coal, China’s economic structure of being an industrial powerhouse and its current stage of economic development,” writes Goldman, noting that without China’s cooperation, there can be “no global solution.“

Reiner Füllmich & 50 Lawyers: ‘The Vaccines Are Designed to Kill and Depopulate the Planet’

War On Cash: The Digital Dollar