A long-awaited show trial for one of two Canadians accused of espionage in China started Friday, as family members of the men say they are prepared for the worst, according to media reports. According to Bloomberg, a hearing was held at a local court in Dandong city (situated in the northeastern province of Liaoning) in the trial of Michael Spavor on allegations of spying. Spavor ran a business organizing tours of North Korea for mostly western clients before he was picked up by Chinese law enforcement back in late 2018.

Trials for both men are set to begin Friday (for Spavor) and Monday (for Michael Kovrig, a former Canadian diplomat who has also been accused of spying). The two Canadians have been detained since December 2018 and were charged in June last year with spying. In a Thursday statement, Marc Garneau, Canada’s Minister for Foreign Affairs, said the country’s embassy in Beijing “has been notified that court hearings for Michael Spavor and Michael Kovrig are scheduled to take place on March 19 and March 22, respectively.” 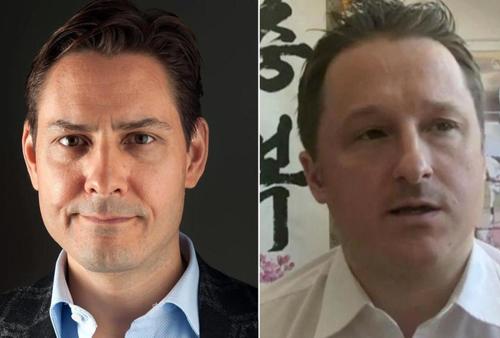 Chinese officials haven’t shared any of the “evidence” they have gathered against the two men, or information detailing their alleged crimes, though they insist that “the facts are clear and evidence is solid.”

Both men were arrested shortly after Canadian authorities arrested Huawei CFO Meng Wanzhou after she stepped off a plane in Vancouver. Wanzhou, the daughter of Huawei’s founder, a high-profile figure in China, was arrested at the behest of US authorities, who sought her extradition to the US to face charges that she violated US sanctions against Iran.

The arrests were widely seen as political retribution against Ottawa for cooperating with the US. However, while Meng has been allowed out on bail (she’s currently under house arrest in her opulent home) while she awaits the results of her extradition proceedings – which are still ongoing – both men have been detained in Chinese prisons, will little contact with their families or the outside world.

Family members and contacts of the two Canadian men have described them being held in poor conditions, and denied outside contact. Almost all in-person consular visits to foreign prisoners in China have been paused since last year due to the coronavirus pandemic. Since then, diplomats have only been allowed to speak to the men via phone.

Teng Biao, a lawyer who practiced human rights law in China for 10 years, and now lives in exile in New Jersey, told Canada’s the Toronto Star that the two men have almost no chance of being found innocent. They will face a “show trial” driven by political considerations, before being handed potentially lengthy prison sentences, to be served in China.

“In this kind of politically sensitive case the judges, the court, are not able to make the final decision,” Teng said. “We can say in these kinds of cases the court is only a political tool of the Chinese Communist Party.”

Criminal trials in China are generally very short, often lasting only a day or two, said Teng, and won’t be open to the public.

After Kovrig and Spavor were charged with espionage last year, Canadian Prime Minister Justin Trudeau denounced the “political” nature of their case, saying their detention was a “decision made by the Chinese government and we deplore it.” However, Beijing has held strong, continuing to insist that the charges against the men are legitimate, while denying Trudeau’s claims that the CCP is persecuting Canadian nationals for political purposes.