All of a sudden, the world of New York City Commercial real estate could be standing on shaky ground.

Aside from the fact that Mayor Bill de Blasio has actively turned Manhattan into a (crime infested) ghost down through a combination of his pandemic response and his “social justice” policies, the city’s iconic commercial real estate may wind up looking far better from the outside than it does on the inside.

This is because a host of major corporations, including names like Goldman Sachs, are leaving new year in favor of states like Florida and Texas. Kathy Wylde, president of the Partnership for New York City told Bloomberg: “All the banks, insurance companies and hedge funds are considering options.”

In New York, the amount of office space available for rent in Manhattan has now hit the highest level in 2003, as subleases have “flooded” the market. This is on top of local stores and restaurants which have been struggling mightily throughout the course of the year. Even Broadway remains shuttered. 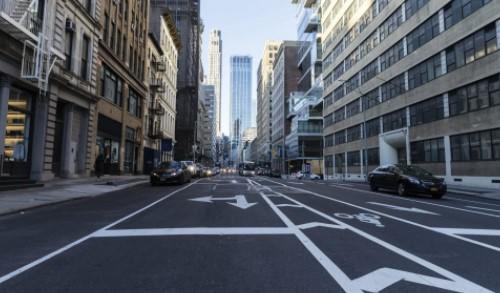 Jeff Blau, chief executive officer of Related Companies, the developer of the Hudson Yards project, told Bloomberg: “This is an important reminder to policy makers that we can’t take jobs for granted, even those that have been here for generations.”

Speak a little louder, Jeff. We’re not sure De Blasio is getting the message.

Liberal politicians have been driving citizens out of their cities and states all year – as we have documented in cities like Chicago and states like California – due to an increasing embrace of higher taxes and more regulation, all while acting as authoritarian lockdown hypocrites (see here and here) and embracing defunding the police.

Two days ago we reported that Florida was being referred to as “Wall Street South” after Goldman Sachs had decided to move some operations to West Palm Beach. Goldman’s move could wind up blazing the path for other financial firms who have considered a similar move. Florida does, after all, offer “better weather and no state income tax”.

The Covid pandemic has shown many businesses firsthand that they can go without some of the commercial NYC office space they may have once thought was integral to their business. Goldman, specifically, is looking at office space near Fort Lauderdale and West Palm Beach, we noted. They could join Carl Icahn, who also recently decided to move his firm to Florida, and Citadel – who, we noted earlier this year, had already set up a makeshift trading floor at a hotel when the pandemic started. 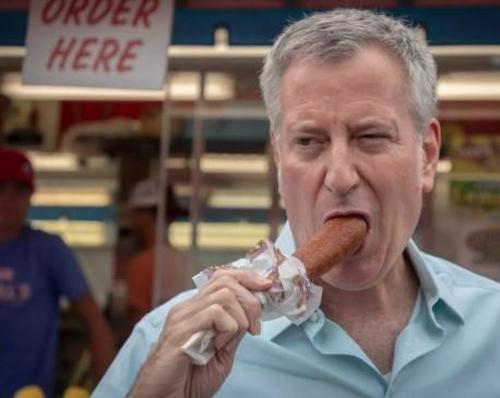 While de Blasio stands idly by and watches his city go to ruin, Florida would be the beneficiary of new money and diversified jobs (the state is primarily tourism and service jobs) as a result of these firms needing to hire their rank-and-file workers locally.

Brooklyn Borough President Eric Adams spoke out against Goldman this week, stating: “New York grew Goldman Sachs into the international behemoth that it is today with our wealth of talent, tax breaks, and the exciting energy only New Yorkers can provide. Goldman should be asking how it can help our city during this unprecedented crisis, not turning its back on us.”

We’re sure that’ll change their mind.

Maria Ilcheva, a professor and assistant director of planning and operations at Florida International University’s Jorge Perez Metropolitan Center, said: “In terms of economic impact, it carries a lot of weight — not in terms of jobs but in terms of the wages it pays. When other firms see that move, it may have a snowball effect.”

And it won’t just be tax revenue that slides in New York. Commercial real estate will also likely take a large hit. Currently there are “8 to 10 financial services companies seriously considering” a move to Palm Beach County, the report notes. Two of these firms are considering office space of at least 50,000 square feet each.

How Will Joe Biden “Resolve” the Syrian Crisis? The Viewpoint of a French Diplomat

Video: Is Israel Searching for A Pretext to Invade Southern Syria?