Update: just moments after we reported about the upcoming 60-day oil and gas leasing moratorium, Bloomberg blasted the following report which, all else equal, could have a dramatic impact on the US shale industry:

So is a wholesale fracking ban coming? Don’t ask us – everyone is confused about the president’s stance on the issue.

In a reversal to the recent rally boosting the broader energy sector, US drillers stocks and the broader E&P complex tumbled after the Interior Department enacted a 60-day moratorium on issuing oil and gas leases that affects all federal lands, minerals, and waters, according to a secretarial order signed late Wednesday, Bloomberg reports noting that “the order, signed by acting Interior Secretary Scott de la Vega, applies to all of Interior’s bureaus, including the Bureau of Land Management and the Bureau of Ocean Energy Management.”

During his presidential campaign, Joe Biden pledged to halt oil and gas leasing on federal lands as part of his climate plan. Wednesday’s order is temporary, however, and is separate from Biden’s moratorium on leasing activity in Alaska’s Arctic National Wildlife Refuge.

The Interior Department is required by law to hold lease sales, and the order doesn’t actually ban them, said Kathleen Sgamma, president of the Western Energy Alliance, a trade group representing oil and gas companies operating on federal land.

De la Vega “has simply taken away the authority to lease and permit from BLM and put it on himself,” Sgamma said. “That does not relieve the InteriorSecretary from his obligation to lease and permit oil and natural gas on federal lands. He is legally vulnerable if he fails to meet that obligation.” 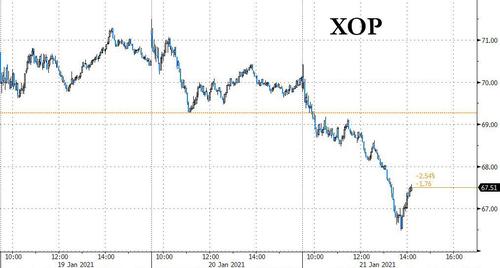 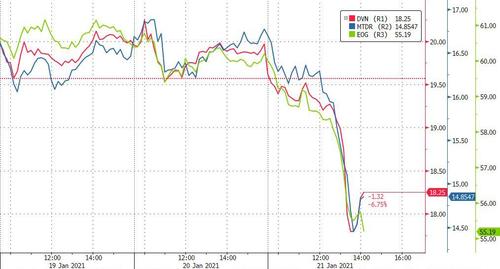 OUTRAGEOUS! Mitch McConnell Will Reach Out to Senator-Elect Tommy Tuberville and Urge Him Turn His Back on Trump in Electoral College Vote

Wow. Dementia Joe and Jill Biden Can’t Figure Out How to Pop a Confetti Canon on 2021 New Years Broadcast