Our Tech Minders & The Future Of Public Discourse

Authored by Edward Morse, op-ed via The Epoch Times,

Both Apple and Google have deplatformed Parler, a social media app widely used as an alternative channel for group communication.

Parler was offline for over a week, until it eventually found a new platform, albeit one deprived of the convenient access allowed by apps. Parler users have also effectively been cancelled, regardless of their actual posting conduct, based on a professed concern about violent discourse on the site.

Anyone who doubts that the large tech platforms have market power should take notice.

Although competition provides alternatives in the long run, concentration within channels for app distribution and cloud hosting allowed Parler’s operations to be disrupted. In addition, competition in the marketplace of ideas became a little less robust—all based on discretionary judgments from minders in Big Tech. They profess a desire to protect us, but we have reason to question the evenhandedness of this putative protection and its contribution to our wellbeing. 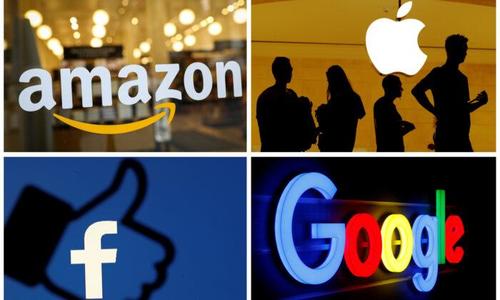 Twitter’s recent decision to ban President Donald Trump from its platform embraces a prophylactic approach to censorship. Twitter explained that it suspended Trump’s account “due to the risk of further incitement of violence.” (Of course, this presumes that he has incited violence in the first place.) In a blog the company describes as “your official source to what is happening,” Twitter officials explained that this decision depended on their contextual interpretation of two statements sent out by Trump:

First, On Jan. 8 the president tweeted: “The 75,000,000 great American Patriots who voted for me, AMERICA First, and MAKE AMERICA GREAT AGAIN, will have a GIANT VOICE long into the future. They will not be disrespected or treated unfairly in any way, shape or form!!!!”

Second, according to Twitter, “shortly thereafter” the president tweeted: “To all of those who have asked, I will not be going to the Inauguration on January 20th.”

“Due to the ongoing tensions in the United States, and an uptick in the global conversation in regards to the people who violently stormed the Capitol on January 6, 2021, these two Tweets must be read in the context of broader events in the country and the ways in which the President’s statements can be mobilized by different audiences, including to incite violence, as well as in the context of the pattern of behavior from this account in recent weeks. After assessing the language in these Tweets against our Glorification of Violence policy, we have determined these Tweets are in violation …”

On their face, neither of the statements by the president incite violence. (Trump supporters do, indeed, face adverse consequences, making the first statement incorrect. But that’s another matter.) Neither asks for violent action nor expresses support for past violence. And if context is important, Twitter fails to note that the president clearly asked for peaceful demonstration in his speech to supporters, as well as in a subsequent Tweet, which Twitter suppressed. He also swiftly condemned the violence and promised prosecution for the perpetrators.

Twitter bases its assessment solely on predictions about how different audiences might respond to these statements. Likewise, Facebook (including its Instagram service) issued its ban based solely on the perceived risk of what the speaker might say in the future, which is even more speculative than Twitter’s approach. Democrat political leaders cheered them on, even claiming that these efforts were too little, too, late. Apparently, they would have preferred that Trump had been banned instead of censored during the campaign.

Keeping Dissent in the Open

Political campaigns are indeed much easier and, on the surface, more harmonious if you can suppress competing voices. But this is not the way of a free society. If messages can be cancelled based on predictions about how audiences will read them, then there’s a lot more inciting going on than we’ve previously realized. Twitter allowed repeated posts that approved of violence. Did those posts incite more violence, too?

And predictions about likely effects on the audience is all we need to suppress speech: Consider the repeated tag of “false” or “baseless” added to claims of election wrongdoing in news reports going back to the days immediately after the election—before there was time to investigate. Based on the likely impact of those words on Trump supporters, is that a form of incitement, too?

Big Tech minders are also intervening in this arena. On Dec. 10, while considerable litigation and investigation of alleged voter fraud and official misconduct remained under investigation, YouTube announced that it would ban videos addressing possible election fraud or claiming that errors changed the outcome of the election, attaching the presumption that all such allegations are “false.” YouTube thus became the judge of election outcomes, at least for its own platform.

Suppression has a superficial appeal by clearing dissent from a channel. This gives the appearance of harmony and squelches the expression of similar views by sending a judgment of inferiority to others. However, the source of that dissent likely remains, and the channel for expression simply moves elsewhere.

Trump’s opponents expressed dissent after the 2016 election, but instead of suppression, our nation undertook a lengthy public investigation of claims about Russian meddling in the election. The media dutifully reported every conspiratorial claim, including those debunked as false after the facts emerged. In some cases, the mainstream media arguably proved too gullible. But at least dialogue and debate were not suppressed based on contestable predictions about how people might react. Other protests likewise raised alternative theories about racial and economic justice. Some of these theories are based on flawed factual predicates, but those faults were left to be exposed by debate.

Allowing these processes of investigation and dialogue did not eliminate the left’s animosity toward the president or their desire to remove him from office. But choosing the path of suppression eliminates even the possibility for dialogue and reason to prevail over alternatives that might include violence.

Suppression is an exercise of power, not reason. Even when exercised by private actors instead of the government, it erodes the public trust by treating people as wards and not citizens. Our system is designed to restrict government suppression, but we haven’t yet wrestled with conditions that involve private suppression to the extent we’re now experiencing. Ordinarily, market forces provide options—and that’s likely to occur in the long run if collusion doesn’t restrict new entrants. But in an environment of concentrated market power, we face new challenges.

Cancelling and suppressing may not be limited to speech or speakers but could also extend to other channels. Consider Signal, which is one of the top-rated communication apps on both the Google and Apple platforms. It permits encrypted messaging to escape the prying habits of the Big Tech giants who profit from collecting and selling your information. However, it also avoids the surveillance efforts of law enforcement. If the effects of a channel involve carrying speech that might involve crime or violence, will Signal be deplatformed, too? Ironically, Jack Dorsey, CEO of Twitter, is prominently featured on Signal’s website as endorsing the service.

Our Big Tech minders must stop this suppression. Other legal means to address violent conspiracies exist without the overbroad decision to cancel speakers or channels, particularly based on speculative concerns about what might be said rather than what was actually said. We must also recognize that other encrypted channels exist, such as Signal, which allow communications to be undetected—creating a privacy cloak that benefits both lawful and unlawful activity.

Suppressing future speech because of a desire to suppress violence is not a persuasive reason—wouldn’t it be better to have that speech out in the open for all (including law enforcement) to witness? We are capable of minding ourselves and making our own judgments about the truth. Cancellation and suppression threatens all of us. It’s not just Trump supporters saying this; even the ACLU shares this concern.

We must somehow come to terms with our history and tradition of robust debate in this country. Competition is good for us in the economic realm, and it’s good for us in the quest for truth. Competition provides a much-needed dose of humility, cautioning us that we might not have it all right and that we might have to cooperate with our fellow citizens, despite our disagreements.