On Sunday Syria’s Prime Minister Hussein Arnous announced that in total seven Iranian oil tankers have been intercepted en route to the country while they were in the Red Sea to date. This includes two which he said were the latest to be detained.

This comes amid severe shortages hitting the sanctions-choked as the US continues its economic war. According to Reuters:

The shortages worsened after seven oil tankers on their way to Syria were intercepted in “terrorist attacks” with two of the vessels delayed for over a month in the Red Sea before loading, Arnous was quoted as saying in state media without elaborating. 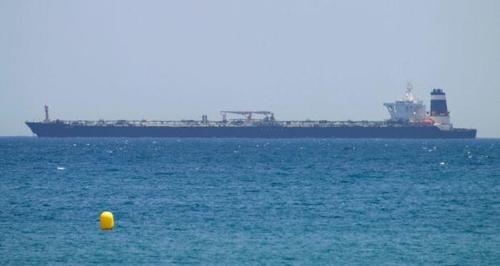 No details were given as to the timeline of the tanker intercepts or who was exactly behind it, but the strong suggestion was that the ‘targeting’ was due to US sanctions enforcement.

“Prime Minister Hussein Arnous did not specify how Syria would secure extra supplies but said they had already imported 1.2 million tons of Iranian crude oil that cost along with petroleum products in the last six months around $820 million,” Reuters continued.

Prior to American forces and Syrian Kurdish proxy militias occupying Syria oil and gas fields in Deir Ezzor, Syria was largely energy independent – having just enough to cover its domestic needs. But over the last couple years miles-long lines have become the “norm” outside gas stations due to the extreme shortages.

“We have become dependent on imported oil and we have used up foreign currency in large amounts to pay for petroleum products,” PM Arnous said in a speech to Parliament addressing the crisis.

They both made it just fine to Syria even though they took a lengthy pit-stop at the Iranian purported “spy ship”, SAVIZ. One of them has delivered a million barrels of Iranian oil to the Baniyas refinery while the other one carrying equal amount, is keeping 30,905 m distance. https://t.co/7BusJCV43c

With the US presidential transition, nothing significant is expected to change in terms of Syria policy, considering especially there’s a number of Syria hawks being tapped for Biden foreign policy positions. However, the restoration of the Iranian nuclear deal as promised by Biden should eventually free up Iran to export its oil around the globe.

Blasphemy Against the Unholy Spirit