2021 is quickly shaping up to the be the Year of the Censor. 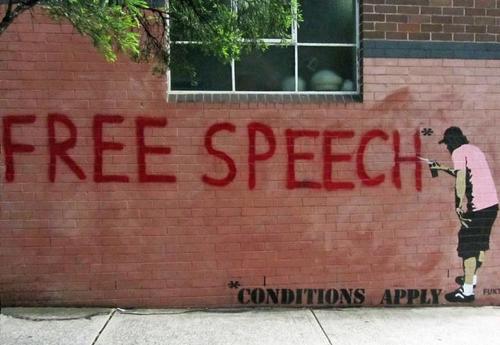 Already this year we’ve seen the best of our journalists driven out of high-profile positions and going independent.

From Glenn Greenwald being forced out at the company he helped found, The Intercept, to Matt Taibbi leaving Rolling Stone, the days of the independent voice in media is being driven underground.

Even with them gone to newcomer Substack, that hasn’t satisfied the gatekeepers of political correctness, who want them unable to even make a living.

If they can silence voices that large, then it has chilling implications for smaller voices.

For a creator like me there is real risk tying my livelihood to a platform like Patreon whose history with hosting controversial material is spotty to say the least.

Patreon has been walking this path for a couple of years now but with its recent spate of bans it is quickly morphing into a company without a future, a company with a permanently damaged brand.

And, for the record, I consider this a real shame.

What began as a platform for creators to bypass the publishing gatekeepers that guys like Taibbi and Greenwald fought the good fight against for years has, sadly, morphed into a platform more interested in sanitizing the creative drive of budding artists rather than nurturing it.

I say this as a person who saw Patreon as my best option when I went independent back in early 2017.  Even then there were signs that “Cancel Culture” would reach deeper and deeper into alternative media.

What started with the de-platforming of ‘alt-right Nazis’ during the 2016 presidential campaign, quickly escalated into the war on disinformation from gadflies and performance artists like Milo Yiannopolous and Alex Jones.

Jones was targeted because of his coverage of the Sandy Hook tragedy.  He was a test case to gauge the level of public pushback against removing a dissident voice from the public forum.

The story of Twitter alternative, Gab, whose only crime is strictly adhering to the First Amendment and the Supreme Court’s limits on it, is even worse than Jones’ story.

Patreon lost major revenue streams from people like Jordan Peterson and Dave Rubin over Patreon’s treatment of Carl “Sargon of Akkad” Benjamin.  Rubin would go on to build a Patreon alternative, Locals, in response.

By the end of the Trump Administration Big Tech censorship kicked into high gear, further extending the argument about protecting public safety from ‘bad information’ into the public health narrative surrounding COVID-19.

And this is what got major investigative journalists like Whitney Webb, John Corbett, Venessa Beeley and others removed from Patreon recently, their coverage of COVID-19, the vaccines and political impulses behind them.

But that is the current line in the sand for the Big Tech firms.  Cross it and get de-platformed.  I’m not saying it’s right.  It’s not.  But that’s the state of play.

The lesson for all purveyors of any counter-narrative at this point is they must be aware of the ever-shifting line if they want to continue having a voice.

And this brings me to the crux of the problem.  What do we do about it as consumers and producers?  Patreon is supposed to be a middleman, I get that they only want to host certain kinds of content as is their right as a business.

Crowdfunding is a powerful tool.  I saw it validated first-hand when the legendary rock band (and personal favorite) Marillion’s fans accidentally created it funding their 1997 tour of the U.S. and then the band itself by asking for the production costs of their 2001 album Anoraknophobia up front.

This was the first instance of a fanbase and a creator openly working together without the middleman taking all the profit.  I jumped at the chance to back their next project, the incredible album Marbles, and every crowdfunded project thereafter to support their assault on the rapacious record industry.

Their goal was simple, use the funds to become their own recording and distribution company, freeing themselves from the wants of a label.  It not only worked, but it was also the proof of concept that spawned an entire industry.

It turned the entire business model for artists on its head.  Now an artist could keep most of the revenue their work generated versus the other way around.  Now unit sales in the thousands or even hundreds, priced properly, could sustain an artist rather than needing to reach the millions the big distribution houses supposedly had access to.

The board game industry is going through a boom like never before because of Kickstarter.  Boutique games with insane production values can make it to the market turning a labor of love into a shared reality.

When your art, however, is journalism or political commentary, in a world becoming increasingly polarized politically and when those in power are paranoid about losing control over the public narrative, unfortunately all bets are off.

Now, those people, like me, are faced with the very real threat of crossing the line and losing our lives.

Because stifling dissent is the last resort of a tyrant and a scoundrel.  And there is pressure on companies like Patreon and banks to cancel those out of political favor.

In this kind of environment is is nearly impossible to tell the difference between a company helping the censorship willingly or going along under threat of extinction themselves.

As a libertarian I believe strongly that companies, like people, have the right to deny someone being its customer.  Freedom of association implies freedom from association.

But I also understand the reality that the playing field is tilted towards those that control access to not only the internet bandwidth but also the banking system.  And when those people are also the same ones who control the government and the media there is no ‘safe space’ for anyone who speaks their mind openly.

It’s one thing for Apple to deny Parler or Gab an app on their app store.  I don’t agree with it, but I get it.  It’s quite another for a bank to deny them service because of the threat of retribution from government, which is what is happening here.

As a creator tied to Patreon today I want to continue validating not only my own business model but Patreon’s.  As I thrive, they thrive.

I see them not just as a service provider but as a partner in my business.  I want them to make decisions which support the rights of all creators to have a voice in the marketplace of ideas, including those they disagree with or even despise.

That’s what the first amendment is supposed to protect.

If those ideas are terrible then let them not flourish.  And if the information is untrue let them bear the consequences of that as well in court.

I’ve been inundated with notices from current and potential Patrons that they won’t do business with Patreon because of their latest abrogation of the public trust.  They want to support people they respect.  They want fairness brought back to the playing field and let the best ideas win.

After four years of consistent attacks by the undeserved self-righteousness of the woke mob and the tyrants who support them, they want to exercise the only power they feel they have left in the Culture War.

And I fully respect that position.  I canceled my subscription to Netflix for this reason.

But no solution today is a perfect one.  There’s always some part of the business that is offensive to someone else.  Locals, as Dave Rubin pointed out during the assault on Parler, uses Amazon Web Services for its data hosting.

It’s a vulnerability.  If you hate Amazon for what they did to Parler, will you boycott Locals because of it?

The hallmark of the free market is that it coordinates the labor and time of millions of people, most of whom wouldn’t like each other if they ever met.  Murray Rothbard is famous for saying to never let the perfect be the enemy of the good.

And Patreon, to this point, has been very good to me.  And to my customers even though they are far from perfect.

Something many of you may not realize, with the freedom to publish comes the responsibility of management.  Independent producers aren’t just journalists, cartoonists and writers, they are also marketers, accountants, managers and editors.

There’s a time cost associated with the choice to walk away from Patreon or any other censorious platform.  That time cost is exactly what the tyrants want us to pay.  They want us distracted with their harassment and not producing content which challenges them.

That’s why I felt this article needed to be written, to remind us all what our goals are and the true face of the battle we are fighting.

There’s a certain irony in continuing to use the very tools they think they are oppressing us with to point out their hypocrisy.

Most importantly, with the proliferation of competition and the rapid adoption of cryptocurrencies as a payment layer and the blockchain as a bulwark against censorship, the days of this kind of pressure are numbered anyway.

As always, the market will provide a solution.

Patreon, in my opinion, is committing brand suicide with its decisions today that they will not likely recover from.  For now, I choose to take the high road and treat Patreon the way they have treated me. There is no profit for anyone in borrowing trouble that may never come.

Because that may be the biggest self-inflicted wound of all.

Join My Patreon even if you hate them.