Is the revolution finally devouring its children? 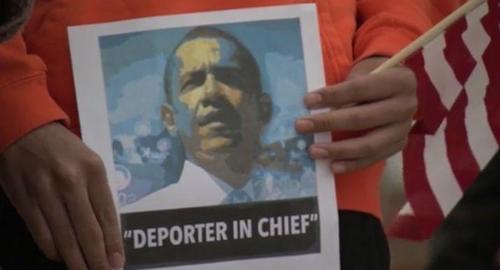 Seems like it now that the wokester mob has decided to come for President Obama.

According to Fox News, reporting from Obama’s own political hometown Chicago:

Immigration activists are objecting to renaming a Chicago school after Barack Obama.

“I will not be part of renaming a school after someone who did not and does not represent the undocumented community,” said District 60 school board member Edgar Castellanos, who says he came to the U.S. as an undocumented child, according to ABC 7 Chicago.

Waukegan’s Board of Education met Tuesday evening to debate renaming Thomas Jefferson Middle School and Daniel Webster Middle School, after it was decided the historical figures either owned slaves or supported slavery.

One of the top contenders for Thomas Jefferson Middle School’s new name is that of the first Black president, Barack Obama, and former First Lady Michelle. But that name is drawing the ire of immigration activists and some in the Latino community. Activists staged a protest outside the board meeting Tuesday.

“From the time Barack Obama became President until 2017 when he left, he today is still the highest-ranking president with deportations in our nation,” said Julie Contreras, who runs shelters for immigrant children at the U.S.-Mexico border. She said Obama failed to deliver on his promises on immigration.

“We feel that Barack Obama did disservice to us. He denied us, and he didn’t stop the deportations, the way he promised,” Contreras continued.

“If you’re removing the name of Thomas Jefferson, one oppressor, the name of Obama is another oppressor, and our families do not want to see that name,” she added.

The ridiculousness of the whole thing is pretty obvious. Radical-left Obama, who ushered in the era of Black Lives Matter by stoking the Ferguson riots, as well as university snowflake wokesters, suddenly finds himself the bad guy, the latest Judas goat for the left. No more first black president, he’s now no different from a Confederate general. Which rather tells you they’ve run out of historic figures to cancel. As French Revolution-era figure Jacques Mallet du Pan famously wrote: “Like Saturn, the Revolution devours its children.”

And what again, is it that Obama did that was oh so bad? That cancels out all the left-wing outrages that he did? I think it was partially enforce the border, to keep the television cameras off. The foreigners involved, otherwise known as illegal aliens, are upset they couldn’t break into the U.S. as they pleased, and for that, Obama, and all those racists who elected him, must be cancelled, erased from history. They write the history now. Fancy that, foreigners cancelling an American president and in the wokester era, quite possibly getting away with it.

Obama, of course, was a lot like the current Joe Biden. Like Joe, he both encouraged waves of illegal immigration, and I guess allowing the Border Patrol to do some of its lawfully committed duty, he wasn’t able to stop them entirely. He also built the kids-in-cages cages, not President Trump, though the left tried to pin those on Trump. During his presidency, leftists yelled that he was the ‘deporter in chief’ based on the fact that he encouraged illegal immigration yet didn’t completely open the border. The logical outcome of that is obvious — human waves plus kids in cages. Joe Biden, who was placed in charge of the matter at the time, is now making his same old mistakes, senile and unable to learn.

So now we have people who shouldn’t be here, and their advocates, demanding that Obama be cancelled. They’ve already done their worst on George Washington and Thomas Jefferson, now they’ve moved on to Obama. The funny thing here is that if it were anyone but Obama, Obama would support the move. Now that it’s Obama’s turn in the barrel, it will be interesting to see whether and how he reacts, now that there’s no Trump to kick around.

Visualizing US Droughts Over The Last 20 Years