In a dramatic 216-209 vote, Nancy Pelosi secured her fourth term as Speaker (which she vowed would also be her last). 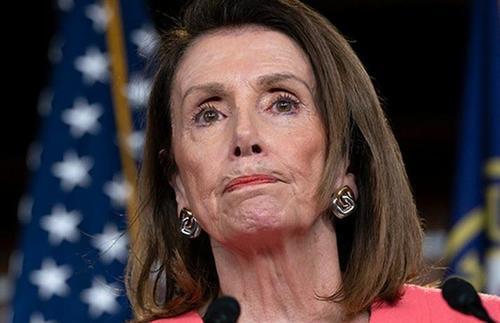 In order to secure the narrower than expected victory, reporter John Bresnehan pointed out that at least three members broke COVID quarantine to attend swearing-in ceremonies and the all-important speakership election Sunday, and in addition to those three, as Breitbart’s Matthew Boyle reports, Rep. Gwen Moore (D-FL), attended the vote to back Pelosi after testing positive for the deadly virus just six days ago.

“3 members who are still in COVID quarantine will be allowed to cast a today, per a statement from Brian Monohan. 2 Dems, 1 R. They will cast vote in special area in House gallery. This shows stakes of today’s Speaker vote. Members were not named in statement.

Rodney Davis, top Republican on the House Administration Cmte, is very upset about this “Popemobile” built in the House Gallery for quarantined members.

He says the “only reason this is happening is because Speaker Pelosi needs to be re-elected speaker.” “It’s shameful.”

Davis says Monahan won’t tell him who members in quarantine are but says they’ve had negative tests.

“It’s horseshit. You can quote me on that.”

A senior GOP congressional aide ripped Pelosi, calling the decision to bring these coronavirus risks into the House solely to secure a second term as Speaker a “speakership election super spreader event.”

And so, as Congress gets back to the people’s business, first up is the “gender neutral”-zation of speech on the floor:

According to Pelosi, the Democrats’ House rule changes will “honor all gender identities” by “changing pronouns and familial relationships… to be gender-neutral.”

Terms like “father” and “mother” would be replaced by “parent.” “Brother” and “sister” would be axed in favor of “sibling.” Under these rules, House members would be required to refer to their “husband” or “wife” as their “spouse” or their son(s) and daughter(s) as child(ren).

Pelosi has yet to set any kind of example for following the rules she would demand of others. 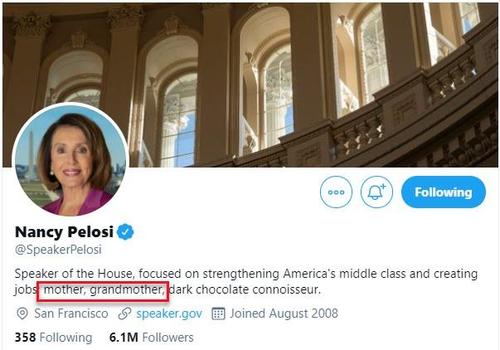 Both “mother” and “grandmother” would be verboten under Pelosi’s new rules for the House.

Finally, as a reminder, before Pelosi was re-elected as Speaker in 2018, House Democrats and Pelosi agreed to term limits for the top three Democratic leaders in the House, which Pelosi agreed would stop her from another run at speaker in 2022, Roll Call reported.

Big Tech censorship of Trump and our information