Penny Stocks Are Soaring In The Pre-Market

It appears we were right when we suggested last week that after the Reddit-Raiders were done with squeezing shorts, they would transition to penny-stock-pumping.

What’s after the short squeeze slaughter: the pennystock pump?

As Micro-Cap stocks have surged in recent days… 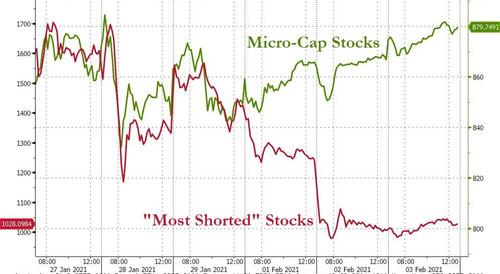 Today’s advance in the pre-market is dominated by a handful of biotech penny-stocks.

Anavex Life Sciences, VTv Therapeutics and Cassava Sciences, all drug developers racing to come up with treatments for Alzheimer’s disease, were among the top performers.

Along with Cassava, biotechs picking up steam on Reddit also included Covid-19 plays such as Tonix Pharmaceuticals and Atossa Therapeutics. 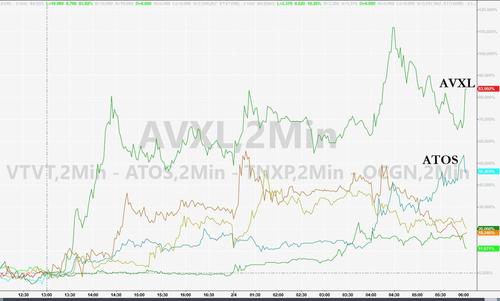 Their shares traded in the millions during the early morning session.

Additionally, Bloomberg notes that companies with low float compared to shares outstanding are soaring, such as Profire Energy +57% and DavidsTea +24%.

So, will Penny-Stocks be the next ‘GameStop’?