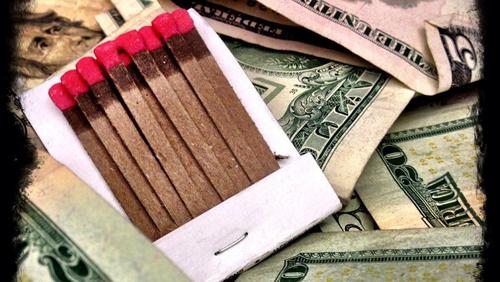 The tax hikes primarily target corporations, along with people who earn over $400,000 per year, but Biden said they weren’t meant to punish people. They are intended to create opportunities for others.

In other words, he thinks the only way to create opportunities is to take money away from the entrepreneurs who earned it and have the government spending it ‘creating opportunity for other people, which basically is taking a stake to the very heart of capitalism.”

But people ignore the fact that the money in the private sector that the government wants to take away also provides opportunities for other people. When you tax corporations and “the rich,” you’re not targeting consumption. This is money that would have been invested. It would have funded new plants and equipment, research and development, expanding staff, and other investments. Biden wants to take this money out of the private sector and have the government spend it.

That raises a question: what is a better way to create opportunities and economic growth? Free markets or government bureaucrats and central planners? Peter said we know the answer.

Every single country that has tried to centrally plan its way to prosperity has been a complete and utter failure. The way to have opportunity and economic growth is to have more resources in the hands of the private sector and to limit as best as you can the resources that are consumed by government.”

Ultimately, opportunities get smaller as government gets bigger.

That is the Biden plan.

Even if the money is well-spent – and it almost certainly won’t, given the government’s track record – the payoff is in the future. The economy today will have to bear the cost.

And it will almost certainly cost more than it should. Biden said all of the materials will be made in America even if they can be obtained more cheaply overseas. On top of that, you will almost certainly have the cronyism inherent in any government project. Peter said the whole thing will be a “gigantic cesspool.”

Everything is going to cost way more than it should. So, I’m sure none of this spending is actually going to be economically viable, even if we could afford it, which we can’t. So, it’s going to be a drain on the economy in the short run, and that drain is not going to be made up for by improved efficiencies in the long run.”

Of course, Biden claims this plan will create millions of “good jobs.”

Right, probably because the government is going to overpay.”

In the private sector, you have to make sure you don’t overpay because you have to be able to sell the goods and services you produce. If you pay your workers too much, the prices of your goods and services will be too high to compete. But when the government hires people, it doesn’t have to worry about it. It doesn’t matter what it pays.

It can pay whatever it wants, especially since it can print the money. So, the government doesn’t give a damn if it’s overpaying its workers. And of course, if the government starts overpaying a lot of workers, what does that do to the wages the private sector has to pay? It puts a lot of upward pressure on those wages.”

That may sound good. But eventually, the value of that money is going to collapse because, despite the tax increases, much of it will ultimately be printed by the Federal Reserve.

Peter goes on to break down and critique some of the specifics in the spending plan.

Santa’s Revenge: Everyone Front-Running My Rally, You Get Nothing