Peter Schiff: The Reality That Nobody Wants To Acknowledge

Interest rates continue to rise. Gold continues to languish. The stock market bubble continues to inflate. In his podcast, Peter Schiff argues that investors are reading the tea leaves all wrong. They think rising rates are going to force the Fed to tighten monetary policy sooner than expected. But Peter says there is a reality out there that nobody wants to acknowledge. 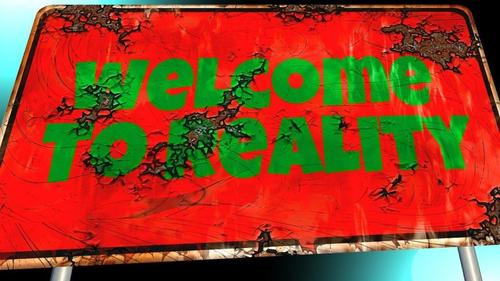 Early Wednesday morning, long-term interest rates spiked. The yield on the 10-year Treasury pushed to 1.43%. The yield on the 30-year nearly hit 2.3%. This still isn’t particularly high in historical terms, but it was the highest yield since the pandemic collapse. More significantly, it continues the relentless move-up in interest rates that we’ve seen over the last couple of months. Peter said the only thing he thinks can change this course is a massive increase in the Federal Reserve’s quantitative easing. The central bank will need to buy more bonds to buoy the market and hold interest rates down.

But Wall Street apparently sees things differently. As soon as interest rates spiked Wednesday morning, gold sold off. That was the knee-jerk reaction in the precious metals market to the surge in bond yields.

Bond yields are going up because there is a massive supply of bonds because we have massive deficits. And even though the Fed is buying a lot of bonds, they ain’t buying enough. So, those extra bonds, there’s no buyer, and so the price keeps falling.”

Bond yields are inversely correlated with bond prices. As the price falls, interest rates rise. And there is really nothing to stop yields from climbing higher and higher. But if that happens, the entire economic house of cards will collapse. The economy is predicated on low interest rates. Peter said the Federal Reserve knows this. He doesn’t understand why investors don’t seem to get it.

That brings us to Federal Reserve Chairman Jerome Powell who was on Capitol Hill testifying before Congress this week. As Peter said in a recent podcast, every time Powell speaks, he becomes more dovish.

Because each time he speaks, the US economy is more addicted and more dependent on the cheap money that the Fed is supplying, so he has to be more dovish.”

In a nutshell, Powell said that it may take three years for the Fed to hit its 2% inflation target. In effect, Powell was telling the market, “Don’t worry, we won’t be tightening monetary policy for years.” This despite the fact that the commodity markets are screaming inflation. Oil, industrial metals, grains, beans – they are all making big gains. The only thing that’s not catching a bid is gold.

For some reason, people are still thinking that rising interest rates are bad for gold and silver, but they’re bullish for everything else. But the reality is — they’re not. They’re more bullish for gold and silver than any of these other commodities. Because what the market still doesn’t get, despite everything Powell has been saying … the market should be able to figure this out based on what the Fed is saying. I mean, they’re not being secretive about their points. But the Fed is not going to raise rates, or shrink its balance sheet, or taper its bond purchases in response to rising long-term interest rates. That may have been what the Fed did in the past, but it ain’t going to do it again in the future because it can’t. In fact, here is the reality that nobody wants to acknowledge: as interest rates are moving up, rather than raising rates and reducing the size of its QE program, it is going to increase the size of its QE program.”

In a nutshell, the only way the Fed can stop interest rates from rising – and it has to keep interest rates from rising – is to increase its quantitative easing. It has to intervene in the market and buy more bonds to boost prices and hold yields down. There is a glut of bonds in the marketplace. Foreign buyers are unloading Treasuries. Foreign holdings of US Treasuries slipped by $35 billion in the fourth quarter of 2020. The Chinese shrunk their US debt holdings by $8 billion last year. The Fed now holds a record percentage of US debt. But it’s not enough to keep the market stable.

So, you have massive supply, and there’s no demand outside the Fed. So, the Federal Reserve is going to have to pick up the pace. At some point soon, the Fed is going to be forced to announce a major increase in its asset purchase program. And when the Fed comes clean, the market is going to figure out that they’ve got this wrong. Why they haven’t figured it out already is beyond me.”

Simply put, the Fed is not going to fight inflation. It is going to keep stoking the inflationary fire until it’s burning out of control.

Peter goes on in the podcast to break down and analyze some of Powell’s specific comments during his two days of testimony on Capitol Hill.

FORUM: What accepted trends today will be considered offensive and to be banned tomorrow?

“You Have 3 Choices” – How One Crypto Skeptic Sees The World

The Media And The Mayhem: The Chauvin Trial Coverage Follows A Dangerous Pattern