Peter Schiff: We’re Adrift In A Sea Of Inflation

We’ve gotten quite a bit of economic data this week. Federal Reserve Chairman Jerome Powell insists inflation is anchored at 2%. But his assurances notwithstanding, a lot of the data signals inflation. In his podcast, Peter went over some of the numbers and concluded that inflation isn’t anchored at all. It’s anchors aweigh. We are adrift in a sea of inflation. 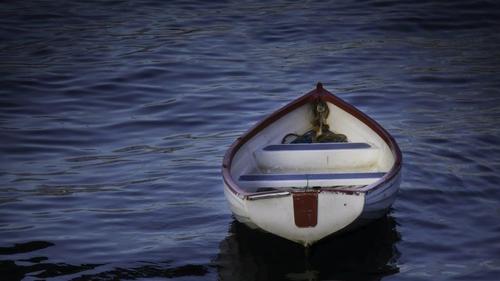 Bond yields have continued to tick up this week. In fact, the yield on the 10-year Treasury topped 1.65% early Wednesday, hitting a new 13-month high. There has been some speculation that bond yields are going to at least pause, and possibly come down, but Peter doesn’t think that will happen. He said the path of least resistance is up.

Other than the Fed coming to the party with a big new bond purchase program, there’s just not enough buying. The amount of bonds the Fed is buying right now pales in comparison to what the Treasury is trying to sell and what the rest of the world wants to unload. So, I think this is just wishful thinking that interest rates are going to start rising.”

Retail sales took a big plunge in February. January’s already big stimulus-fueled gain was revised upward from 5.3% to 7.6%. So even more spending of government money went on in January than was previously estimated. But in February, retail sales fell 3%.

Really, it shows how much the spending slows down when you don’t have government money to spend. Now, of course, there’s a new round of checks that are going to be showing up in the mailbox or in people’s accounts. So, that’s probably going to spike the numbers.”

People were expecting the US economy to be more productive. Instead, it was substantially less productive, even as Americans are still spending all this money. So, how are we bridging this gap? If we’re producing a lot less stuff, but we’re all buying a lot more stuff, where are we getting the difference? Where is the stuff coming from? Well, I’ve talked about it. It’s coming from imports.”

As Peter talked about in a previous podcast, the goods trade deficit in January set a record.

The American economy, despite all the headlines, is very weak. That’s why it can’t produce. Anybody can spend if the government is handing out money. But it takes a real economy to produce stuff. So, America is more reliant than ever before on the stronger economies outside the United States because those are the economies that are producing the goods that Americans are incapable of producing. So, we’re buying those goods and paying for them with the money the Fed prints.”

Meanwhile, the year-over-year gain in import prices was 3%. Not only are we making less stuff and having to import the difference, but all the stuff we’re importing is getting more and more expensive.

That is a huge year-over-year gain. Remember, the Fed is talking about 2% inflation. Here we’ve got import prices already up 3% year-over-year. And you know what? That number is going much higher.”

Export prices were also up significantly, rising 5.2% year-over-year in February. That was more than double the projection.

Peter said these are big numbers, but they are going to get even bigger.

We’re also seeing a big increase in the price of building a home. Lumber prices are at record levels. According to National Association of Home Builders Chairman Chuck Fowke, the elevated price of lumber is adding approximately $24,000 to the price of a new home.

A recent survey asked portfolio managers about their biggest concerns. COVID-19 isn’t on the list. The number one concern is inflation running hotter than anticipated. The second biggest worry is that the Fed will have to tighten monetary policy and raise rates, causing the stock market will throw a “taper tantrum.” And of course, the only reason the Fed would have to tighten monetary policy is if inflation running hotter.

Peter said they’re right to be worried that inflation is going to be higher than expected. But they’re wrong to worry that the Fed is going to do something about it.

Ironically, the Fed doesn’t seem to be worried about inflation at all. The last time Powell spoke, he assured everybody that inflation expectations are well-anchored at 2%.

Yet all the anecdotal evidence that we are seeing suggests that that’s not the case — that there is no anchor — that we’re adrift in a sea of inflation.”

‘We the People’ Are the New, Permanent Underclass in America