Peter Schiff: You Can’t Consume What You Don’t Produce

There’s an economic myth out there. As the story goes, governments can print their way to prosperity. Just run the money printing press, hand out cash for consumers to spend and the economy will hum. In this clip from a podcast episode, Peter Schiff calls it “The Kelton Myth” named for economist Stephanie Kelton. At the root of this tale is the notion that people can consume what they don’t produce. As Peter explains, this simply isn’t possible. 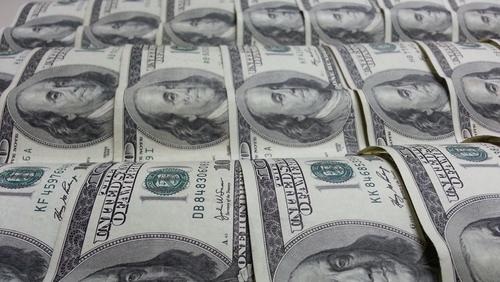 Kelton was Bernie Sanders’ economic advisor and is a big proponent of Modern Monetary theory. Of course, she’s not a bit concerned about all of the Federal Reserve money printing. In fact, she says it’s necessary. According to Kelton, without all of this new money, there wouldn’t be enough spending to grow the economy.

In a nutshell, we have millions of unemployed people who don’t have enough money, but if we run the printing press and hand out stimulus, then they can spend. After all, what is capitalism all about? Spending money! If people don’t have money, we don’t have economic growth. So, if people don’t have jobs and they’re not earning money, it’s up to the government to replace that income with freshly printed money.  It doesn’t make any difference whether you earn the money or it’s given to you. As long as we have spending, we’ll have economic growth.

Peter said she could not be more wrong.

She has completely got the cart before the horse and not understanding that it’s economic growth that creates spending not the other way around.”

Simply put, you cannot consume what has not been produced.

If all you had to do was print money to create economic growth, then every country could have a booming economy. I mean, they’ve had a printing press for a long time.”

There is a big difference between earning money and just receiving money that’s been printed. When you have a job you earn money because you have contributed some value to society. You have helped produce a product or provide a service. As compensation, you earn some money that you can use to buy some of the goods and services in the economy that you helped create.

But if you don’t create anything, if you don’t have a job and the government just prints money and gives it to you, now you go out to spend it — you contributed nothing. Yet, you’re drawing from the supply of goods and services that you didn’t help to expand. So, it’s pure inflation. Prices just go up. That’s the only thing that can happen.”

But a lot of people have bought into the myth that you can consume without producing. In fact, Joe Biden and a lot of the Democrats on Capitol Hill listen to people like Kelton. Just a couple of months into Biden’s term and Congress is already set to pass a $1.9 trillion stimulus package. And this is just the tip of the iceberg. They are going to run the printing press in overdrive.

Peter said the spike in commodity prices due to inflation that we’re seeing now is just the beginning.

This is just the very, very beginning of this massive and unprecedented boom that we’re about to see. It is going to dwarf anything that we saw or experienced in the 1970s.”

BREAKING: Maricopa County Board of Supervisors Refuses to Comply With Subpoenas to Turn Over Dominion Voting Machines for Audit (VIDEO)