In a Scientific American article entitled, “Physicists Need To Be More Careful How They Name Things,” two professors and a journalist call for the abandonment of the term “quantum supremacy” in physics because it is “uncomfortably reminiscent of ‘white supremacy.”  Physics Professor Ian Durham (St. Anselm College), freelance journalist Daniel Garisto, and Math Professor Karoline Wiesner (University of Bristol) all agree that the term is not racist but still believe that it must be changed to avoid “adding insult to injury.” 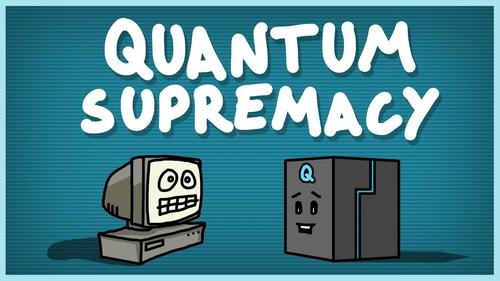 The term was coined in 2012 by John Preskill to describe how quantum computers can perform tasks would take even supercomputers years to complete. The authors called for “quantum supremacy” to be replaced with “quantum primacy.”

The article struggles to make the case that this clearly non-racial term holds a dangerous potential for being viewed as racist, including reference to other terms like “judicial supremacy” which would also presumably have to be abandoned:

Since “judicial supremacy” is even more common than “quantum supremacy,” it would appear the same argument for abandonment would apply.

It is not clear if the problem is simply “supremacy.” Would Pareto superiority also raise such problems?

We have previously discussing the dropping of terms as offensive despite their clearly non-sexist or non-racist meaning. These efforts are reminiscent of our own debate at George Washington over the use of the Colonials as a moniker. The student organizers asked “When we talk about the Colonial in history, what does it mean? And is that really what we want our school identity to be?” The emphasis however is the history of colonialism in the world, not the Colonial as a term in the United States. Just as we strive to understand the meaning and traditions of other countries, there should be a modicum of effort to recognize our own meanings and traditions. The Colonials fought against foreign rule. They were not advocates of colonialism. For those interested in GW, that is part of understanding our history and our values. It simply does not matter that the Colonials were anti-colonialism. The victory is pretending that they are something that they were not and then changing the term to reject a falsely claimed meaning.

The authors take a jab at Professor Steve Pinker who we previously discussed as the target of an anti-free speech campaign.  Pinker lashed out at such efforts to ban words and regulate speech. The authors reject that premise:

It is true that “supremacy” is not a magic word, that its meaning comes from convention, not conjurers. But the context of “quantum supremacy,” which Pinker neglects, is that of a historically white, male-dominated discipline. Acknowledging this by seeking better language is a basic effort to be polite, not prissy.

They are not the first to make this proposal. A 2019 letter in Nature,  the magazine was called out for using “quantum advantage” and the authors argued:

In our view, ‘supremacy’ has overtones of violence, neocolonialism and racism through its association with ‘white supremacy’. Inherently violent language has crept into other branches of science as well — in human and robotic spaceflight, for example, terms such as ‘conquest’, ‘colonization’ and ‘settlement’ evoke the terra nullius arguments of settler colonialism and must be contextualized against ongoing issues of neocolonialism.

It is difficult to take issue with such articles without running the risk of being called insensitive or insufficiently concerned about racism. That is not true. Many of us fail to see how such campaigns advance real racial justice as opposed to superficial progress through cancelling campaigns. Real progress is measured by getting more minority graduate students and teachers into physics.