I have previously admitted to being one of the few people apparently on planet Earth with little interest in the Royal family or the continuing travails of Prince Harry and Meghan Markle.  (No, I did not even tune into the wedding).  However, the coverage is now pulling some of us into this vortex with legal and media developments. One such issue arose this week after Piers Morgan, the co-host of ITV’s “Good Morning Britain who has now resigned from the show,” committed the apparently unpardonable sin of declaring on air that he didn’t “believe a word” of what Markle told Oprah in her recent interview. Markle herself filed a complaint with ITV.

For that transgression, Morgan is now reportedly under investigation by United Kingdom’s “Ofcom,” or Office of Communications, for violation of its “harm and offense rules.” 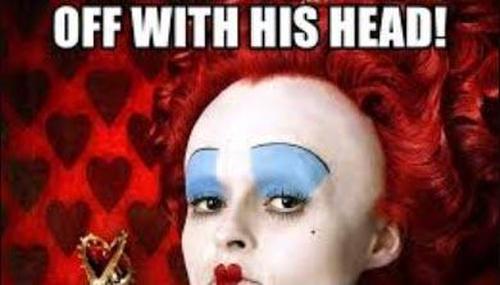 It is another example of how both rights of the free press and free speech are under assault in the United Kingdom.

Morgan has long been a critic of Markle and received international attention this week by abruptly walking off the show’s set in a sharp exchange with a co-host Alex Beresford  who criticized his remark: “I understand that you don’t like Meghan Markle, you’ve made it so clear a number of times on this program, a number of times. And I understand that you’ve got a personal relationship with Meghan Markle, or you had one. And she cut you off. She’s entitled to cut you off, if she wants to.”

Err did you not listen?? This is nothing about “Alex trying to get a addition”…. whatever that means??! pic.twitter.com/LNhxOuDzlT

That set off Morgan who interrupted and walked off after saying “OK, I’m done with this.”

Since Markle described psychiatric (and potentially suicidal) problems during her time at the palace, Morgan’s remarks were taken by some as dismissive of such crises. Morgan seemed to recognize that when he returned to the set and state:

“Let me just state for the record on my position on mental illness and on suicide. These are clearly extremely serious things and should be taken extremely seriously and if someone is feeling that way they should get the treatment and the help they need every time. And if they belong to an institution like the royal family and they go and seek that help they should absolutely be given it. It’s not for me to question if she felt suicidal, I am not in her mind and that is for her to say. My real concern was a disbelief frankly … that she went to a senior member of the royal household and told them she was suicidal and was told she could not have any help because it would be a bad look for the family. If that is true a) that person should be fired and b) the royal family have serious questions that need to be answered.”

After the show, Morgan was effectively fired. ITV issued a statement that “Following discussions with ITV, Piers Morgan has decided now is the time to leave Good Morning Britain. ITV has accepted this decision and has nothing further to add.” This followed a complaint from Markle. Consider that complaint for a second. She filed a complaint because a media personality said that he did not believe her. ITV then later showed Morgan the door.

One can clearly disagree with that take but one would think that the matter would be left to broader debate.  However, people immediately reached out to Ofcom to demand punitive action against Morgan for expressing his views. By that I mean, over 41,000 people.  Ofcom then announced a formal investigation “into Monday’s episode of ‘Good Morning Britain’ under our harm and offence rules.”

The Ofcom Section 2 rule is undefined and subjective:

To ensure that generally accepted standards are applied to the content of television and radio services so as to provide adequate protection for members of the public from the inclusion in such services of harmful and/or offensive material.

2.1: Generally accepted standards must be applied to the contents of television and radio services and BBC ODPS so as to provide adequate protection for members of the public from the inclusion in such services of harmful and/or offensive material.

2.2: Factual programmes or items or portrayals of factual matters must not materially mislead the audience.

(Note to Rule 2.2: News is regulated under Section Five of the Code.)

2.3: In applying generally accepted standards broadcasters must ensure that material which may cause offence is justified by the context (see meaning of “context” below). Such material may include, but is not limited to, offensive language, violence, sex, sexual violence, humiliation, distress, violation of human dignity, discriminatory treatment or language (for example on the grounds of age, disability, gender reassignment, pregnancy and maternity, race, religion or belief, sex and sexual orientation, and marriage and civil partnership), and treatment of people who appear to be put at risk of significant harm as a result of their taking part in a programme. Appropriate information should also be broadcast where it would assist in avoiding or minimising offence.

Morgan was not the only person expressing disbelief after the interview. For example, Markle claimed to have been married a few days before the official wedding — a claim that has been contested by the Church vicar.

Morgan clearly does not believe Markle despite his followup distinguishing his comments from the issue of her emotional or mental crises. He follow up later with a tweet reaffirmed his disbelief: “On Monday, I said I didn’t believe Meghan Markle in her Oprah interview,” he posted. “I’ve had time to reflect on this opinion, and I still don’t. If you did, OK. Freedom of speech is a hill I’m happy to die on. Thanks for all the love, and hate. I’m off to spend more times with my opinions.”

On Monday, I said I didn’t believe Meghan Markle in her Oprah interview. I’ve had time to reflect on this opinion, and I still don’t. If you did, OK. Freedom of speech is a hill I’m happy to die on. Thanks for all the love, and hate. I’m off to spend more time with my opinions. pic.twitter.com/bv6zpz4Roe

Morgan also attached to a picture of former Prime Minister Winston Churchill with his famous quote, “Some people’s idea of [free speech] is that they are free to say what they like, but if anyone says anything back, that is an outrage.”

I have written for years on the crackdown on free speech in France, Germany, and England though hate speech laws and speech regulations. As many on this blog know, I am unabashedly against limits on free speech and have opposed most public and private forms of censorship for decades.

Rather than speak out against Morgan’s comments, tens of thousands of people demanded that the government punish him — and silence him. It is working. He was effectively fired and he is now going to be subject to an investigation.  People have developed a taste for censorship and we have seen how that taste becomes an insatiable appetite. That is why this is not Markle or Morgan. It is about free speech and the free press.

Epidemiologist Says Influenza Cases Are Being Counted As COVID-19