Playboy shares sprung higher on Wednesday after the company said it plans to leverage its artwork and its photography collection in the non-fungible token space.

Shares were up as much as 17% before paring back alongside the broader market during mid-week trading. The company announced its plans during its conference call on Tuesday, according to Bloomberg, who noted that both Roth and Sidoti raised their price targets on the NFT angle. 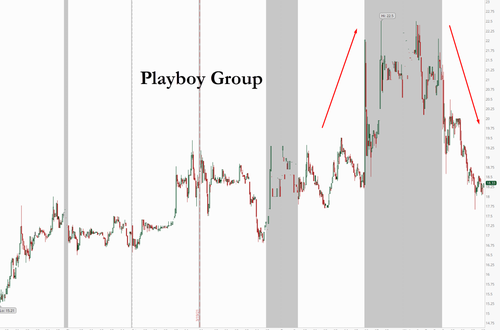 Chief Brand Office Rachel Webber commented: “We are sitting on almost 70 years of the most incredible and iconic art and photography. We are actively working on our non- fungible tokens or NFT, and digital collectible strategy to enter the space in a thoughtful way, designed for long-term growth.”

Roth raised its price target to $26 from $18 and Sidoti raised its target to $22 from $19. Roth analyst George Kelly says there’s “tremendous upside” if the company can “unlock” its art and media library value. Sidoti analyst Christine Karout said that NFTs could be a “key catalyst” for the brand into 2021.

We highlighted Playboy’s recent go-public transaction through a SPAC back in September of 2020.

The deal “came” nine years after Hugh Hefner and Rizvi Traverse Management took the company private for $207 million. Hefner died in 2017 and his mansion in LA was divided into parcels of land. His son, Cooper, exited the business in 2019. 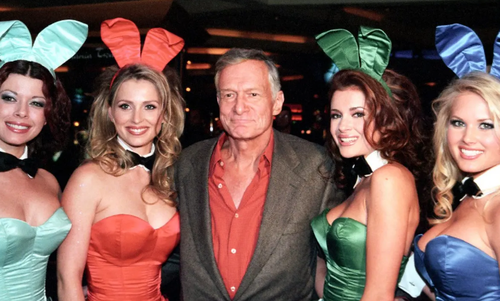 The company’s CEO, Ben Kohn, said Playboy would stop producing its iconic magazine in March of 2019.

Playboy remains a “media company” and has a website that carries much of the same content as the magazine did. The company now also focuses on Playboy branded products, including sex gels and CBD sprays.

Rabobank: There Are Only Three Ways That This All Ends