Poor Demand For 7Y Treasury In Ugly, Final Auction Of 2020

After two mediocre Treasury coupon auctions priced on Monday in the crammed first day of the holiday shortened week, moments ago the US Treasury held its final auction for the year which was a doozy: coming in at $59 billion, it was not only the biggest 7Y auction on record some $3 billion bigger than November, but was roughly double the average auction size for much of the past decade. 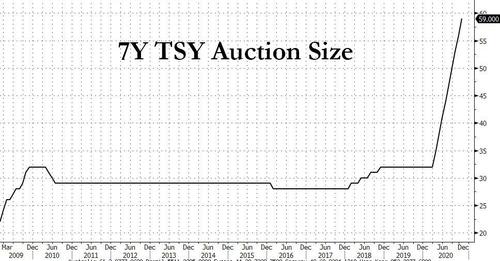 Just like the week’s past two coupon auctions, this one was hardly pretty, stopping at 0.662% which was a 0.2bps tail to the 0.660% When Issued and printing above November’s 0.653%, it was the highest yield since March. 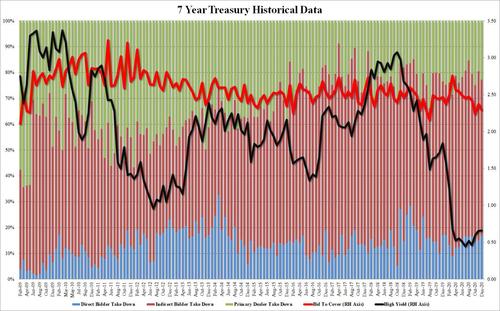 Overall, an ugly auction to conclude the week’s trifecta of coupon sales, and a fitting tribute to the debt sales of 2021 where the only thing that is certain is that the amount of debt that Uncle Sam has to sell each and every month will continue to grow in perpetuity.

Who Is Behind the Planned “Armed March on Capitol Hill” and Is It a Deep State Plot?

The Threat of Authoritarianism In The U.S. Is Very Real, And Has Nothing To Do With Trump: Greenwald