Powell, Do You Even Know What The Economy Is?

After all the destructive policies we have seen coming out of the Eccles Building, it may be time to ask Fed Chairman Jerome Powell, “Do you even know what the economy is?” All the easing and stimulus has taken us to a place we could call Bubbleville. It has bolstered asset prices and speculation but done little to help Main Street or generate a strong economy. This destructive force was unleashed long before Covid-19 came into the picture and hanging our economic misfortunes on the pandemic may sound reasonable but is far from accurate. 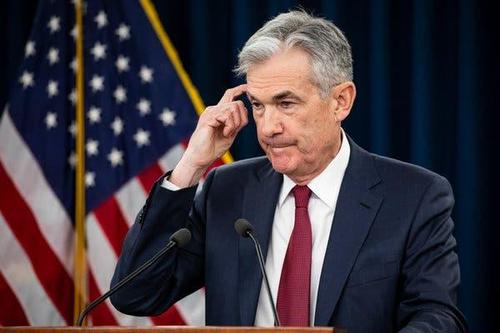 To Clarify, Wall Street Is Not Main Street

History shows that misguided financial policies often end in  a crisis, in this case, it is likely to play out in massive inflation. Milton Friedman knew a bit about this, he said; The government benefits the first from new money creation, massively increases its imbalances, and blames inflation on the last recipients of the new money created, savers and the private sector, so it “solves” the inflation created by the government by taxing citizens again. Inflation is taxation without legislation.

A comical Progressive Insurance commercial has a smooth-faced fella going on about his beard and apologizing for how he looks. Finally, a coworker asks him, “Jamie, do you even know what a beard is?” Over the months we have watched Fed Chairman Jerome Powell time and time again cut rates and increase the Fed’s balance sheet. This has hurt savers, forced investors into risky investments in search of yield, damaged the dollar, encouraged politicians to spend like drunken sailors, and increased inequality.

The Fed’s actions have not demonstrated a thorough understanding of the economy. About to add to the problems on Main Street, anyone watching the news should be well aware that President Biden has come out during the last few days talking about a big tax increase. With the Internal Revenue Service already swinging in the wind and in utter disarray due to the massive number of lane changes it has been forced to make over the last year can the IRS even manage another huge rewrite of the rules without a year or so to catch up? What we are witnessing is insanity at the highest level.

The mind-boggling stupidity of those at the Fed suggesting negative interest rates might solve our economic woes should stop us dead in our tracks. The only thing dumber was the idea put forth in an article questioning whether the government should mandate people to save money. Two important issues come head to head here resulting in a massive explosion, first, the Fed’s artificially low-interest rates are obliterating savings at a time of growing inflation, and second is that when people retire without savings, it will fall upon the government to support them until they die. This does not bode well for the national deficit. 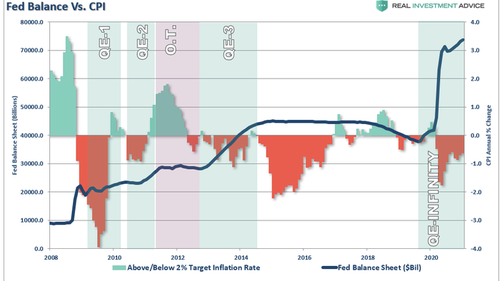 The Fed’s Balance Sheet Has Exploded

This sort of thing has played out in many countries such as Argentina. And how did it work out for them? The governments which have implemented such policies have not only destroyed their currency but at the same time created more inflation and killed their economy. The end result being one of stagflation. The only reason inflation has not already knocked us to the floor is that much of the money has flowed into intangible assets such as stocks and bonds rather than into the tangible items we use each day. When this changes we will experience an economic crisis that could eclipse anything we’ve seen before.

To be perfectly clear, the problem we face is that poorly spending even trillions of dollars does not necessarily create a strong economy. The idea we can simply throw money at our problems is flawed. As small businesses close their doors forever, many of these jobs won’t be coming back. This translates into far higher deficits going forward as many more Americans exit the workforce. Simply throwing money at a problem does not guarantee it will halt the formation of a self-feeding loop.

While many investors talk about the link between low-interest rates driving the economy and markets ever higher this correlation is very weak. Japan is proof that low-interest rates do not guarantee a booming economy. The current low-rates combined with our massive government deficit is creating a false economy. It is also baking in a higher overall cost structure. Want to know where the real cost of things is going, just look at the replacement cost from recent storms and natural disasters.

The Federal Reserve and the government does not have a better or more accurate understanding of the needs and demand for goods and services or the productive capacity of the economy than Main Street. Instead, the Financial Government Complex has a huge incentive to overspend and transfer its inefficiencies to everyone else. People like Powell and Janet Yellen are insulated from the real world and the suffering of those who watch helplessly as their lives are upended and destroyed. We have entered uncharted waters and sadly, we have damn fools at the helm.

Massive liquidity injections may temporarily mask a multitude of sins but is not a long term solution. It defies logic to think if the economy is really strong that the Fed, “must do more” and all the jawboning Powell does won’t change the ugly reality we face. Even if Powell stands on the rooftop and shouts, “All is well!” we have little reason to trust him. He has turned investment rules upside down and like those before him, his actions have benefited those deemed too big to fail and the crony capitalist tied to the government.