Authored by Charles Lipson via RealClearPolitics.com,

If you think really hard, perhaps you can imagine more disastrous policies than throwing open our country’s southern border and abandoning criminal-law enforcement in city after city. The consequences are already emerging, and they are grim. It is important to examine them without ideological blinders so we can change course before more damage is done. 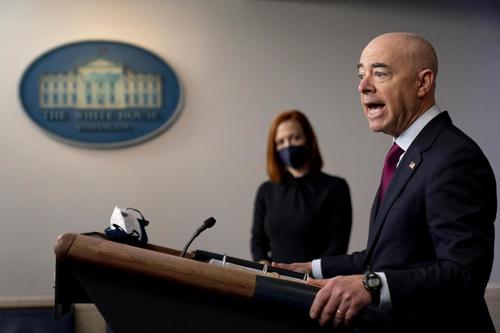 Our border policies are national fiats handed down by the Biden administration. The abandonment of criminal enforcement, by contrast, is a local decision, made by supine city councils and district attorneys, many of them “social justice Democrats” backed by progressive elites and Black Lives Matter.

The problem with these policies is not their moral motivation. Helping the poor from Central America is a worthy cause. So is reducing the incarceration rate of young males from minority communities. The problem lies in their practical effects. It is those effects, not sugarplum dreams, that matter in judging public policy.

The most consequential effect of open immigration and lax criminal enforcement is to undermine the safe, stable environment law-abiding citizens need to go about their lives, free from predation. Providing that environment — and signaling clearly that you intend to provide it — is the first responsibility of government.

That means punishing crimes. The goal is not vengeance. Nor is it solely to provide justice for the victims, important as that is. It is also to send a strong message to would-be criminals: Don’t do it. It’s not worth it.

Right now, we are sending the wrong message and, by doing so, we are encouraging law breaking on a massive scale.

That encouragement is the unifying theme behind these policy disasters, one on the border, the other in our cities.

The other unifying theme is their justification under the fashionable rubric of “social justice” and “equity.” What those feel-good arguments ignore is that our criminal laws are democratic efforts to preserve personal safety and community integrity. Failing in those responsibilities harms all law-abiding citizens.

The consequences of these failures will only worsen if we don’t hold public officials accountable and change course quickly and dramatically. That begins with forcing policymakers to acknowledge the dismal consequences. So far, the Biden White House and most big-city Democrats have balked. They continue to ignore urban violence (remember, they said nothing about it at last summer’s Democratic convention) or blame it entirely on “structural racism.” As for the surge of illegal immigrants, they simply call it a “challenge.” On Wednesday, Biden’s coordinator for the southern border wouldn’t even call the crossings “illegal.” Her word was “irregular.”

This breakdown of order, and the Orwellian rhetorical gymnastics required to obscure it, are politically unsustainable. When governments fail in their essential duties, citizens will act on their own: with guns, private security, ubiquitous cameras, gated communities, and buildings guarded by doormen. That’s already happening. Over 23 million guns were sold last year, many to first-time buyers, a 60% increase from 2019. Experts were shocked, shocked to discover large numbers of African American buyers. Why should they be surprised? Don’t blacks have the same desires to protect themselves as everyone else?

Fearful citizens are voting with their feet, too, moving out of Manhattan, San Francisco, and Seattle, where personal safety and quality-of-life have deteriorated markedly. Those who stay will refuse to walk the streets in crime-ridden neighborhoods or sit on their front porches. If shoplifters are given free rein, local merchants will close, leaving honest consumers nowhere to shop except online. What do prosecutors think will happen when they decline to charge anyone who steals less than $1,000?

Meanwhile, ignoring crime on the southern border is already producing hordes of refugees, transported by well-organized, well-paid criminal gangs, who also move illegal (oops, “irregular”) drugs and counterfeit medications. Since the U.S. government doesn’t have enough centers to house this flood of refugees, they will be processed hurriedly and told, “Please come back in a year or two for your court date.” Most will never be seen again.

It’s not as if we are guessing at these effects. They are well documented. Take border crossings. Until now, the worst numbers were those for 2019, when some 76,000 children were smuggled in. The rate this year is even higher. Biden’s own Department of Homeland Security secretly projects the number to be 45% above 2019.

What’s the administration’s response? More language games. “We’re not saying, ‘Don’t come’,” DHS Secretary Alejandro Mayorkas told the press last week. “We’re saying, ‘Don’t come now.’” In Central America, his nuanced message is being heard as “Trump is gone, and the new administration is much more welcoming.” Biden’s border coordinator, Roberta Jacobson, actually acknowledged that. She called it “hope.” Whatever you call it, the effect is predictable.

For adults seeking asylum, the Biden administration has also tossed out a successful policy, negotiated with Mexico, which required petitioners to remain there while the U.S. considers their applications. With that policy gone, migrants are headed north. They are paying transnational criminal organizations to smuggle them across the U.S. border; they are actually given bands to wear, proving they paid the cartels.  They can only pray they won’t be raped, robbed, starved, or murdered en route.

The grim impact of these policies is now visible in migrant caravans, urban crime, and sour public reaction. Take the dismal crime data. “Murders skyrocketed in many major U.S. cities in 2020,” reports the Washington Post. They grew “by nearly 37 percent over 2019’s total in a collection of 57 large jurisdictions.” The jump was even larger in cities suffused with anti-police rhetoric, such as Seattle, Chicago, and New York.

As crime increases, the public is demanding more, not less, police on the streets. So far, those demands have been drowned out by strident left-wing calls to “defund the police,” repeated on an endless loop by the legacy media.

But the pushback has already begun. Minneapolis, which began defunding police after George Floyd’s death, has reversed those policies. “Residents have begged city leaders to hire additional officers, saying they’re waiting longer for responses to emergency calls amid a dramatic uptick in violent crime,” reports the Star-Tribune. The city is now spending an extra $6.4 million to recruit new officers.

These demands are coming from African Americans, as well as whites, Hispanics, and Asians. “A Gallup poll released in August reported that 81% of black respondents wanted the police presence in their community to remain the same or increase, while only 19% wanted it reduced,” Jason Riley notes.

“In a separate survey released last year, 59% of black residents of low-income neighborhoods said that ‘they would like the police to spend more time in their area than they currently do,’ versus only 50% of white residents.”

These demands are perfectly reasonable. How long before politicians meet them?

How much more needless carnage before policymakers recoil from the train wrecks they engineered and switch to a different track?