Crowds queued up outside retailers, gyms and pubs on Monday as barkeeps pulled pints and millions of English  celebrated national reopening day, even as many of the UK’s European neighbors continued to struggle.

The UK is easing its COVID restrictions while other European nations are cranking them up. Restrictions have been in place across England (while other UK constituent nations were allowed to set their own restrictions) since early January, which is when public health officials cranked up the restrictions to try and combat the spread of a deadly, hyper-infectious new variant known as B.1.1.7, otherwise known as “the Kent Strain”.

The BBC dispatched a squadron of photographers to document the historic reopening. 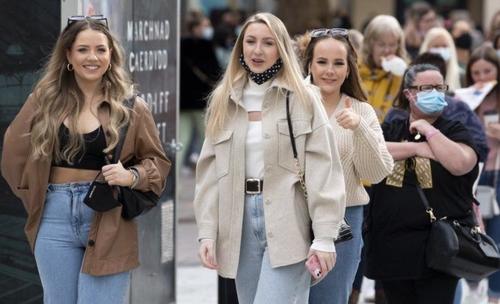 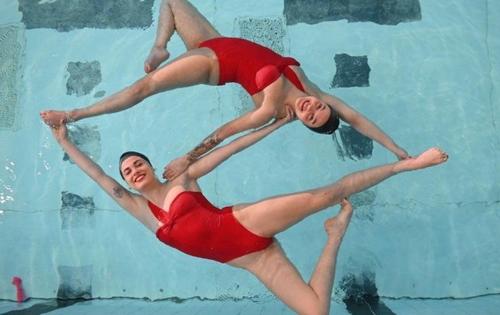 Britain has suffered one of Europe’s worst coronavirus outbreak, with more than 127K confirmed deaths. 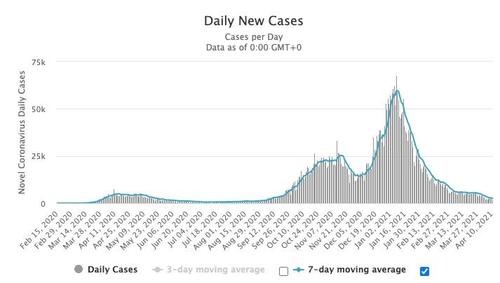 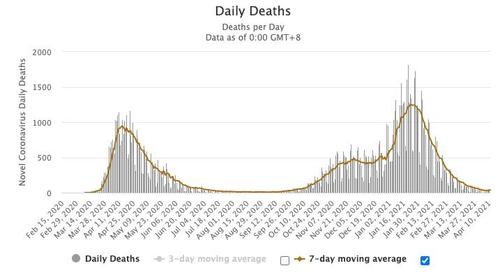 Infections, hospitalizations and deaths have all declined in recent months, and a mass vaccination program has administered at least one dose to more than 60% of the adult population. 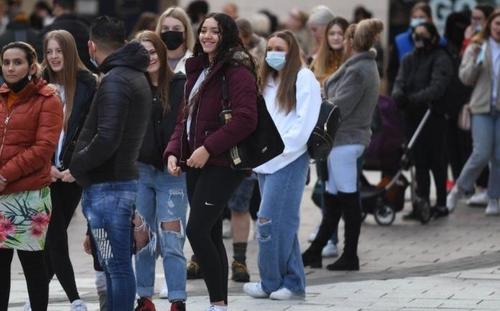 Still, as the economy reopens,  Prime Minister Boris Johnson and epidemiologists have urged caution, saying that many people remain unvaccinated and relaxing social distancing rules or allowing foreign holidays this summer could bring a new spike in infections.

“The situation in the U.K. is becoming clear and is stabilizing, but people have to remember that’s not the case elsewhere,” said Peter Horby, who chairs the government’s New and Emerging Respiratory Threats Advisory Group. “The pandemic is still raging globally.

According to the FT, demand for cash surged in March as British consumers stocked up on cash to take with them to the pub, or elsewhere. Cash withdrawals from Post Office counters totaled £590M in March, the highest amount since last September, excluding a Christmas surge in December. 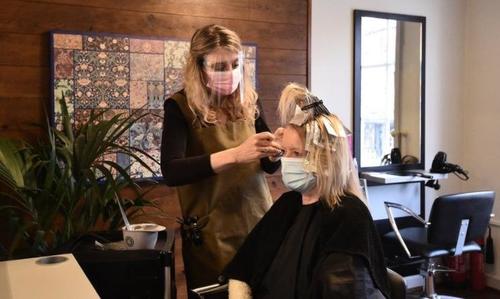 Gareth Shaw, head of money at consumer group Which?, said that access to cash was still important.

“Millions of people still rely on cash to pay for essential goods and services, however ATM and bank branch closures continued at pace during the pandemic making it harder for people to access the cash that they desperately need,” said Shaw. “As businesses and shops reopen, the FCA must also closely track cash acceptance, as protecting access to cash will be undermined if there is nowhere to spend it,” he added.

However, elsewhere in the world the pandemic is worsening.

India overtook Brazil as the 2nd worst affected by COVID-19 after cases increased by a record 168,912 to a total 13.53mln and deaths increased by 904 to a total of 170,179. It was also reported that India banned the exports of Remdesivir and its respective active pharmaceutical ingredients amid the surge in domestic COVID-19 cases with the ban to last until the situation improves. 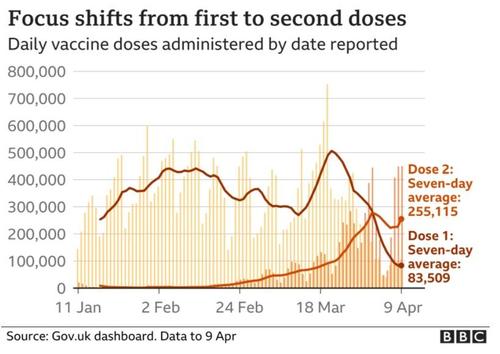 Fortunately, the UK isn’t the only economy shaking off the paralysis of a long COVID winter. Hong Kong plans to relax its travel restrictions for people who have been inoculated, in an effort to boost the low vaccination rate. Across England, indoor drinking and dining won’t be allowed until May 17 at the earliest, while movie theaters and night clubs will remain closed, per the AP.

“The situation in the U.K. is becoming clear and is stabilizing, but people have to remember that’s not the case elsewhere,” said Peter Horby, who chairs the government’s New and Emerging Respiratory Threats Advisory Group. “The pandemic is still raging globally. “And many countries in Europe even are still seeing racing case numbers or having to reintroduce lockdowns. So it’s very hard to predict what will happen in the next couple of months,” he told Times Radio.

The FTSE 100 has started the week on a lower note, down 0.42% after being weighed down by banking and mining stocks.

Finally, vaccine passports, or “COVID Status Certificates” as they are officially known, are being tested at major sporting events in the UK this month, with the hope that mass events can open as safely as possible, and could provide a model for the future.

WATCH: A contest for clean coal