Putin Responds To Biden “Killer” Slur: “It Takes One To Know One”

Russian President Vladimir Putin has responded to Biden’s explosive Wednesday interview wherein he agreed with ABC’s George Stephanopoulos that Putin is a “killer”. In his characteristic way of using his wry humor and wit to perhaps lighten the intensity of the situation and expose it as somewhat asinine, the Russian leader simply said that evaluating other countries “is like looking in a mirror”.

“I wish him good health” Putin quipped while noting the US president is probably engaged in a bit of psychological projection, according to Russian state sources. “I say that without irony or joking.” Here’s what Putin said in context:

“It takes one to know one,” Putin said in televised remarks, using a saying from his childhood.

“That’s not just a children’s saying and a joke. There’s a deep psychological meaning in this.”

“We always see in another person our own qualities and think that he is the same as us.”

Putin added that he wished Biden, 78, good health. “I’m saying this without irony, not as a joke.” 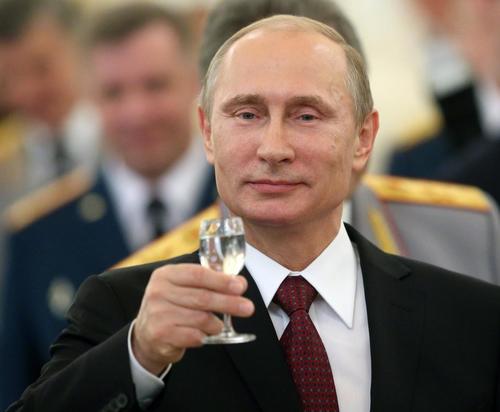 “When I was a kid, when we were arguing with each other in the playground, we used to say, ‘Whatever you say [about others] is what you are yourself,'” Putin explained.

The comments were made on Russian television Thursday, the day after Biden’s ABC News interview aired wherein Biden also asserted that Putin “doesn’t have a soul”.

Putin: We always project on others what we are ourselves. US is rooted in genocide against Native Americans and in slavery. That legacy continues, that’s why there’s BLM today. Oh, and US is only country that used nuclear bombs. (And I’m the killer??) pic.twitter.com/RfffkVxbVj

Here’s the key controversial part of that interview that Putin is responding to:

Asked whether he believes Mr Putin is a “killer” in a pre-taped interview that aired on Wednesday, the president responded: “I do.”

“The price he’s going to pay, you’ll see shortly,” he said. Mr Biden recalled meeting Mr Putin, during which he reportedly told him that he “doesn’t have a soul”: “I wasn’t being a wise guy.”

“He looked back at me and said, ‘We understand each other’,” Mr Biden said.

“I know him relatively well,” Biden had introduced the comments with, and added that “the most important thing dealing with foreign leaders in my experience… is just know the other guy.”

Meanwhile amid the rapidly spiraling relations the Kremlin had recalled its ambassador to the United States late in the day Wednesday.

When pressed about Biden’s “killer” comments about Putin, Psaki tried to play it down:

At Wednesday’s press briefing, White House press secretary Jen Psaki declined to specify whether the president believes the Russian president, literally or metaphorically, is a killer.

And further on the recalling back home to Moscow of Russian ambassador to the US Anatoly Antonov, Psaki said the administration “is going to take a different approach in our relationship to Russia than the prior administration. …We are going to be straightforward and we are going to be direct in areas where we have concerns.”

Democrat Raphael Warnock: America Needs to Repent for Supporting Trump and its “Worship of Whiteness” (VIDEO)

Developing: Chief Justice John Roberts Says He Does Not Want to Preside Over Second Impeachment Against President Trump