Almost a quarter of the UK workforce wants to stay at home FOREVER, according to a survey conducted by Deloitte. 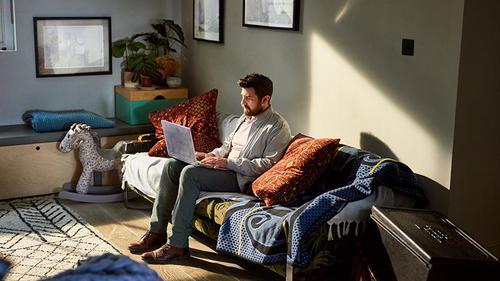 The London Telegraph reports that around 25% never want to go back to their place of work ever again, noting that the figure equates to 7.5 million people who would be happy to stay at home and work on their own for the rest of their lives.

Nearly one in four workers want to work from home forever, according to a new Deloitte survey. That adds up to 7.5m employees who would be happy never to see the office again. Read the full story at https://t.co/PmV4eBUcPh. pic.twitter.com/lU5N0KA8cX

Only slightly more, 28% say they do not want to work at home any more and want to get back to their offices or other work environments as soon as possible.

Most people, 42% said they want to see some sort of balance, spending at least two days a week working at home.

The reasoning behind the desire for one in four to stay at home for good was being ‘more efficient’ and ‘more relaxed’, as well as not having to commute and saving time.

As we have previously highlighted, almost half of Brits, including a majority of women, say they will struggle to revert back to normal life after lockdown, with only 37 per cent saying they would not miss anything about lockdown.

A similar poll conducted by the London Times found that a “significant proportion” of Brits enjoyed lockdown.

Another separate opinion poll conducted last month by YouGov found that over half of Brits said they would miss “many” or “some” aspects of the lockdown.

The figures once again underscore how a majority of people appear to be utterly oblivious to the precedent that lockdown has created, handing government the power to completely restrict basic civil liberties on a whim.

In the age of mass Silicon Valley censorship It is crucial that we stay in touch. We need you to sign up for our free newsletter here. Support our sponsor – Turbo Force – a supercharged boost of clean energy without the comedown. Also, we urgently need your financial support here.

When Will The Window Of Euphoria Close?