Between the devastating springtime COVID-19 outbreak to the protests, violence and looting inspired by the killing of George Floyd, New York City has had a difficult year.

But as 2020 draws to a close, residents of quiet Rego Park, best known to many Americans as the neighborhood from “King of Queens”, are facing off against a fresh horror: hyperaggressive squirrels. 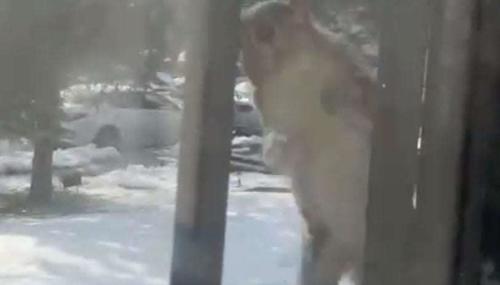 According to the local Patch website, at least five people in the neighborhood have been bitten or scratched by squirrels on 65th Road and 65th Drive within the last month. One woman who spoke to the reporter was forced to seek treatment at a nearby hospital for squirrel bites and scratches after one such attack, which began when she opened her front door to let in a team of movers, and the squirrel lunged at her.

They include Micheline Frederick, who had to go to the hospital after a squirrel attack so vicious that it left her hands and arms covered with bites – and her snowy front yard stained with blood. “He was angry and he was vicious,” Frederick told Patch of the Dec. 21 attack.

“This was more than just a bite. This thing was fighting with me.” Frederick said she was holding her front door open for two movers when the squirrel ran up to her and scurried up her leg. She threw the squirrel off of her, but it pounced back onto her and started biting and scratching her.

Residents have reportedly sought help from 911 and filed complaints with 311, the citywide hotline for quality of living complaints, to no avail. Though rabies is reportedly extremely rare in squirrels (the city apparently hasn’t recorded a single case of rabies in squirrels since the early 1990s) the victim interviewed by Patch said she was tested for the disease as a precaution due to the number of bites.

The attack left her pinky finger “pretty chewed up” and her hand bruised black and blue for days, she said. She had at least eight bites, prompting physicians at a nearby urgent care center to send her to the emergency room for rabies shots. “Because I had so many, they wanted to be safe rather than sorry,” she said. The NYC Department of Health says squirrels are rarely infected with rabies. Since the agency started tracking New York City rabies cases in 1992, it has never identified a case of a squirrel with the disease. With rabies being an unlikely, but not impossible, explanation, Rego Park residents say the city has declined to intervene.

With the city presumably occupied with other more pressing efforts like fining restaurant owners and other small business owners, the people of Rego Park have mostly been left on their own.