Rabo: There Is Strangely Little Coverage Of The Major Russian Military Mobilization Underway

The Remains of the Daily

I know a little —choot-choot– about Russia. Preferring Gogol to Google gives me no inside angle: that would be like a Russian reading “The Remains of the Day” in early 2016 and saying they could therefore call Brexit. Yet I had Бородавки и все такое –warts and all– experiences in Russia back in the day when the prime minister used to say things like: “We wanted the best, but it turned out like always.” That particular phrase rings true again today for obvious reasons.

For a Western media that for years has had Russia front and center as *the* threat to democracy, there is strangely little coverage of the major Russian military mobilization currently underway. 20,000 men, tanks, armored vehicles, and artillery have been moved to the border with Ukraine, and Russia is beginning combat readiness tests in all its military districts. Ukrainian President Zelenskiy has begged for rapid entry into NATO, while US arms deliveries have been stepped up to his army, 25% the size of Russia’s. Russia has warned that allowing Ukraine into NATO would be a provocation that would make matters far worse – and Russian history and psychology underline that may be no idle threat. State-baked Russian TV and social media are openly talking about further fratricidal war ahead.

This may be aggressive –and expensive– posturing by President Putin to win nationalist support in the face of anti-government protests and the ongoing detention of opposition leader Navalny. Likewise, Ukraine –which has failed to push through any of the economic reforms demanded by the West, and had so dropped off the radar that Zelenskiy had to wait weeks for a phone call from US President Biden– benefits from renewed American and EU attention. However, if Russia were going to seize Ukrainian territory, this is *exactly* what it would look like at this stage. A Wall Street that doesn’t worry about war may not get this, but wars don’t ‘just happen’: there are logistics first – which we now see underway. Or it may be sabre-rattling. And who can tell? Who could tell before Crimea was taken?

As such, what is the ‘correct’ Western response? And the Russian counter to that response? Would the West fight to defend Ukraine? It’s a mess if so. Would the West refuse? Probably – and yet it’s a different mess too if not. Life, like geopolitics, is complicated. The deliberate uncertainty and room for dangerous misinterpretation on both sides presents fat tail risks: those dismissing them might not be happy to do so if it were themselves on the front line.

Moreover, this is not happening in a vacuum. US tensions with China over the South China Sea are so clear even the mainstream press talks of the risk of war there; Russia and China are coordinating ever-more closely, driven by US policy towards both rather than any natural sympathies; the US is closer to a renewal of the nuclear deal with Iran, despite Tehran playing hard ball (and why would D.C. squander strategic advantage when, if Pushkin came to shove, Iran would always side against the US?); an Iranian ship linked to the Revolutionary Guard has been attacked in the Red Sea by Israel; the Pentagon is withdrawing troops and equipment from Saudi Arabia; and the recent blockage of the Suez canal, and a small repeat yesterday, underline that if this were to happen again, the US Navy would face a vital ten-days of travel-time added to its journey from the Med to East Asia. At the same time, China has just perfected the digital CNY, which while being the polar opposite of Bitcoin, in that the PBOC knows everything you are doing, also offers a way to circumvent global payment systems – and US sanctions. That’s something even the Wall Street Journal recognizes the US recognizes as a national security threat. 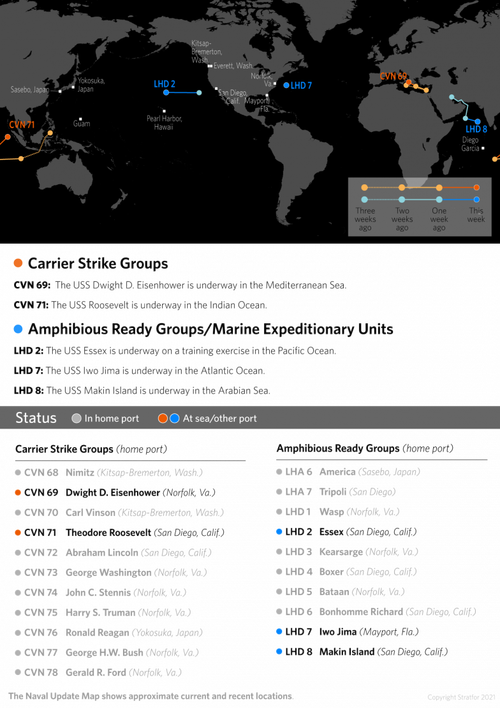 This all looks very ‘Russian’ in one sense: a conspiracy theory, which Russians have long loved and, ironically, Americans now do too. Yet *imagine* if Russia bifurcated Ukraine to the Dnieper and/or the Black Sea coast to Transnistria, as some mutter. Rump Ukraine would not be a state that would worry it, in or out of NATO. Russia would control the northern Black Sea. And if further US sanctions followed, a new FX channel to circumvent them would now be available – though USD-centric oligarchs would be far from happy, which is some hope to cling to. In short, against broad recognition that the post-WW2 global architecture is under huge strain, even small incidents can rapidly snowball into epoch-defining/creating ones.

Again, let me reiterate that this isn’t a forecast, and that “We want the best”: but in a throw-back to the Cold War, and 1980, the US is now looking for allies to boycott the 2022 Beijing Winter Olympics together with it: Beijing has made clear this will produce an aggressive economic response, so it’s probably not just the figure-skaters on thin ice. The US and Japan have also agreed to fund an alternative to China’s Belt and Road in Asia: “One Belt, One Road?” as I asked years ago: no, now two, and Build Back Better (Than Them).

Meanwhile, on with the Remains of the Daily. China has floated that it is going to cap banks’ loan growth for the rest of the year, a huge sign of de facto policy tightening. Hilariously, the same day the IMF flagged they see China driving global growth through to 2026. A bronze-medal for India, which is going all guns blazing on the fiscal side due to the ‘Russian’ backdrop described above; and silver to the US, which is doing the same. Yet markets are apparently starting to see that President Biden’s infrastructure push may be hard to achieve – odd given the Senate rules-maker just okayed the usage of a further reconciliation bill this year. (And let me get Russian again: wouldn’t a rally-round-the-flag conflict boost the White House’s political capital, the way it has done for every US –and Russian– president? As long as they are seen as winning…)

In central-banking, the RBA in Australia left rates on hold yesterday and underlined they will stay there until 2024, and yield curve control and QE are also staying put. They mentioned that “Housing markets have strengthened further, with prices rising in most markets,” and that “Given the environment of rising housing prices and low interest rates, the Bank will be monitoring trends in housing borrowing carefully and it is important that lending standards are maintained.” Monitoring – but not doing anything about 30% y/y price rises, just as is the case with the Completely Redundant APRA. I suppose it’s a way to get Aussies talking about something other than the global backdrop –as an Aussie iron-ore magnate calls for the West to rebuild ties with China, totally unrelated to the news that China is diversifying iron sources throughout Africa, of course– but keeping those house prices up regardless is a large conspiracy in itself for those who want to see it.

Anyway, Bloomberg tells me that despite what Jim from the Royle Family would dub “Credit Swizz” in the background, market risk appetite is returning. Хотели как лучше, а получилось как всегда.

The Destructive Force And Failure Of QE