Raskin: Trump’s Decision Not To Testify May Be Cited As Evidence Of His Guilt

Over the last four years, we have seen an alarming trend of law professors and legal experts discarding constitutional and due process commitments to support theories for the prosecution or impeachment of Donald Trump or his family.  Legal experts who long defended criminal defense rights have suddenly become advocates of the most sweeping interpretations of criminal or constitutional provisions while discarding basic due process  and fairness concerns.   Even theories that have been clearly rejected by the Supreme Court have been claimed to be valid in columns. No principle seems inviolate when it stands in the way of a Trump prosecution.

Yet, the statement of House manager Rep. Jamie Raskin, D-Md., this week was breathtaking.

A former law professor, Raskin declared that the decision of Trump not to testify in the Senate could be cited or used by House managers as an inference of his guilt — a statement that contradicts not just our constitutional principles but centuries of legal writing. 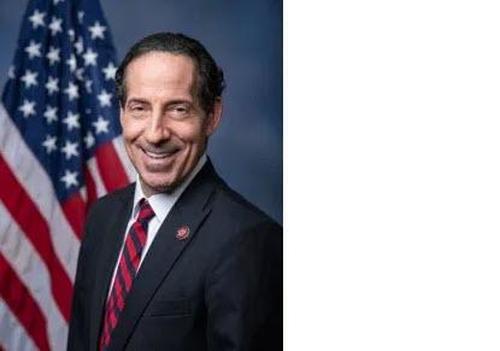 Presidents have historically not testified at impeachment trials.  One reason is that, until now, only sitting presidents have been impeached and presidents balked at the prospect of being examined as head of the Executive Branch by the Legislative Branch. Moreover, it was likely viewed as undignified and frankly too risky.  Indeed, most defense attorneys routinely discourage their clients from testifying in actual criminal cases because the risks outweigh any benefits. Finally, Trump is arguing that this trial is unconstitutional and thus he would be even less likely to depart from tradition and appear as a witness.

Despite the historical precedent for presidents not testifying, Raskin made an extraordinary and chilling declaration on behalf of the House of Representatives.  He wrote in a letter to Trump that:

“If you decline this invitation, we reserve any and all rights, including the right to establish at trial that your refusal to testify supports a strong adverse inference regarding your actions (and inaction) on January 6, 2021.”

Raskin justified his position by noting that Trump “denied many factual allegations set forth in the article of impeachment.” Thus, he insisted Trump needed to testify or his silence is evidence of guilt. Under this theory, any response other than conceding the allegations would trigger this response and allow the House to use the silence of the accused as an inference of guilt.

The statement conflicts with one of the most precious and revered principles in American law that a refusal to testify should not be used against an accused party.

The statement also highlighted the fact that the House has done nothing to lock in testimony of those who could shed light on Trump’s intent.  After using a “snap impeachment,” the House let weeks pass without any effort to call any of the roughly dozen witnesses who could testify on Trump’s statements and conduct in the White House. Many of those witnesses have already given public interviews.

Of course, the relative passivity of the House simply shows a lack of effort to actually win this case.  The Raskin statement is far more disturbing. The Fifth Amendment embodies this touchstone of American law in declaring that “[n]o person . . . shall be compelled in any criminal case to be a witness against himself.”  It was a rejection of the type of abuses associated with the infamous Star Chamber in Great Britain. As the Supreme Court declared in 1964, it is the embodiment of “many of our fundamental values and most noble aspirations.”  Murphy v. Waterfront Commission, 378 U.S. 52, 55 (1964).

Central to this right is the added protection that the silence of an accused cannot be used against him in the way suggested by Raskin. There was a time when members of Congress not only respected this rule but fought to amplify it. For example, in 1878, Congress was enacting a law that addressed testimonial rights but expressly stated that the failure of an accused to request to testify “shall not create any presumption against him.”

The Supreme Court has been adamant that the type of inference sought by Raskin is abhorrent and abusive in courts of law. In Griffin v. California, 380 U.S. 609 (1964), the Court reviewed a California rule of evidence which permitted adverse comment on a defendant’s failure to testify.  The California rule sounded strikingly like Raskin’s position and mandated that a defendant’s “failure to explain or to deny by his testimony any evidence or facts in the case against him may be commented upon by the court and by counsel, and may be considered by the court or the jury.”  The Court rejected such references or reliance by prosecutors as unconstitutional.

Later in Carter v. Kentucky, the Supreme Court held that “the privilege to remain silent is of a very different order of importance . ..from the ‘mere etiquette of trials and …the formalities and minutiae of procedure.’” It goes to the most fundamental principles of justice in our legal system.

In the past, when such concerns have been raised, members and pundits have reached for the “anything goes” theory of impeachment. Such principles are dismissed as relevant in the purely “political” process of impeachment. I have long rejected this view. This is not a political exercise. It is a constitutional exercise. These senators do not take the take to act as politicians but to act as constitutional actors in compliance with the standards and procedures laid out for impeachments. It would make this process a mockery if, in claiming to uphold constitutional values, members like Raskin destroy the very foundations of constitutional rights.

Yet, Harvard Professor Laurence Tribe (who has routinely favored any interpretation that disfavors Trump) declared Raskin correct promising to use a decision not to testify as evidence of guilt: “If Mr. Trump declines the chance to clear his name by showing up and explaining under oath why his conduct on January 6 didn’t make him responsible for the lethal insurrection that day, it’ll be on him. He can’t have it both ways.” No, it is on us. The House cannot have it both ways in declaring that it is upholding constitutional values while gutting them.

It is true that this is not a criminal trial. It is a constitutional trial. As such, the Senate should try an accused according to our highest traditions and values.  That includes respecting the right to remain silent and not to have “inferences” drawn from the fact that (like prior presidents) Trump will not be present at the trial or give testimony.

This is not the first time that reason has been left a stranger in our age of rage. There appears no price too great to pay to impeach or prosecute Trump. Now, the House is arguing against one of the very touchstones of our constitutional system and legal experts are silent.  If everything is now politics, this trial is little more than a raw partisanship cloaked in constitutional pretense.

How Long Before Washington’s Demonization of Russia, China, and Iran Leads to War?