Authored by Zachary Steiber via The Epoch Times,

Officials in Los Angeles County on Thursday voted to increase funding to local law enforcement by $36 million, months after the Los Angeles Police Department’s budget was cut by $150 million.

The Los Angeles County Metropolitan Transportation Authority’s board unanimously agreed to increase funding to its five-year contract with the LAPD, the Long Beach Police Department, and the Los Angeles Sheriff’s Department.

The board includes Los Angeles Mayor Eric Garcetti, a Democrat.

The authority’s CEO, Phillip Washington, said before the vote that he wanted to find a balance between people complaining about law enforcement and those who wanted increased funding.

“And I do understand both perspectives from a lived experience. And as an African American male, I understand completely what we are saying about policing. But also, as someone who reviews every incident report on the system, I do believe we need some level of security on the system.” 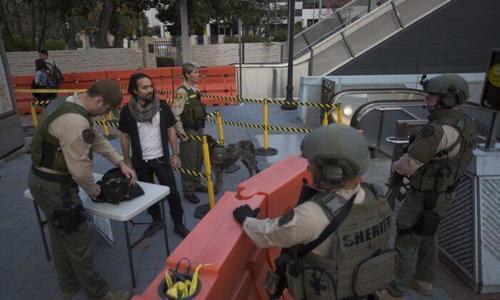 Several members of the public disagreed.

“I don’t think that safety is something that should be balanced. I think when the board votes, they should vote for what they think is the safest thing, whether that’s all ambassadors or all police. We don’t want to look for a balance. I don’t think the public is necessarily the best skill to weigh in on that,” one told board members.

The decision on the funding increase was originally planned for last month, but the board decided to postpone it. The increase was originally proposed as $111 million. The original contract, approved in early 2017, was $645.7 million. It represented a new approach, bringing on the LAPD and Long Beach police after Metro previously only contracted with the county’s sheriff.

In addition to approving a lower amount than requested, Garcetti and several members amended the motion to direct Metro’s CEO to use at least $40 million in the next budget to invest in transit ambassadors and other alternatives to using law enforcement to police public transportation.

The increase in funding was requested “to cover significant costs incurred … to:

(2) enhanced deployments to cover special events, employee, and customer complaints, or other unforeseen circumstances,” according to a board report.

The Los Angeles City Council in July 2020 slashed $150 million in funding from the LAPD, cutting the number of officers by 231. Los Angeles, like most major cities, saw an increase in murders last year.