Details of the latest stimulus proposal from President Biden and Democratic lawmakers have finally been released, which, given the massive gulf between Biden’s $1.9 trillion and the GOP’s $618 billion packages, means that this third round of pandemic relief is likely to undergo some significant changes before all is said and done. 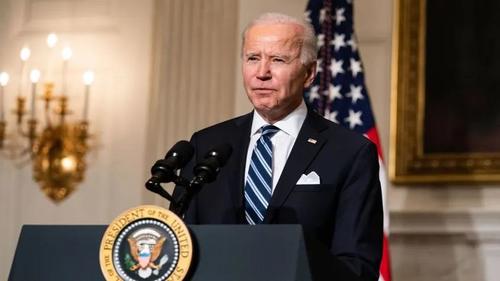 The latest proposal from Democrats would send $1,400 checks to individuals earning $50,000 or less, and $2,800 to married couples earning $100,000 or less, according to the Washington Post. This, of course, is far less than Democrats thought they were voting for when then-candidate Biden told them $2,000 checks would go out “immediately.”

Payments will go out once Congress passes its broad relief package – so who knows when. White House officials are hopeful that legislation will pass by mid-March, when unemployment benefits will lapse for millions of jobless Americans (unless Congress acts to prevent this). Once lawmakers finally get their act together, payments would likely go out in a matter of days.

The Post notes, however, that if the deal is reached during tax filing season (mid-February through mid-April), there could be delays, as the IRS is the agency which handles sending out the payments.

The cost of the plan for just the $1,400 stimulus payments for singles earning up to $50,000 and couples earning up to $100,000 would be approximately $420 billion, according to Marc Goldwein, senior policy director for the Committee for a Responsible Federal Budget. Biden’s original plan would have cost around $465 billion.

As JPMorgan notes, “the size of the package matters,” in that the larger the stimulus, the more the reflation theme takes hold. “Keys to watch are bond yields (both velocity of move and magnitude of move) and USD levels.” A sudden spike in bond yields and/or strong USD rally would present the most probable macro risks to US equities, notwithstanding geopolitical developments.

Adult dependents will also be eligible for stimulus payments under the Democrats’ current plan. Previously, those over the age of 17 who could be claimed as a dependent on someone else’s return – including college students and disabled adults – were not eligible for stimulus payments – which excluded approximately 13.5 million people last time around, according to left-leaning think tank, the People’s Policy Project.

Will it make a difference?

According to the University of Pennsylvania’s Penn Wharton Budget Model, 73% of the $1,400 payments will “go directly into household savings and produce limited stimulus effects.” The White House, however, says there will be a large, positive impact from the payments.

The best argument in favor of the checks is that they have kept many Americans out of poverty during the crisis. An analysis by the left-leaning Institute on Taxation and Economic Policy found the bottom 20 percent of Americans — those earning less than $21,300 — would see their income rise nearly 30 percent, helping keep them out of poverty. Washington Post

According to Economists at Opportunity Insights, people with incomes under $46,000 spent the $600 stimulus quickly, while those earning $78,000 or more were likely to save it.

Opportunity Insights co-directors Raj Chetty and John Friedman have argued strongly for limiting a third round of stimulus payments to individuals earning under $50,000 and couples earning less than $75,000. They say the need is by far the greatest among these modest-income families and the economic boost will be much larger if the money goes to lower-income families because they are likely to spend it right away. The latest Democratic proposal moves in that direction, although it is more generous to couples.

We can’t help but wonder how much of the upcoming stimulus will go towards the next WallStreetBets short squeeze?

Do We Not Have Enough Enemies?