With refunding week upon us (which now will be monthly instead of the usual quarterly affair as the exploding US deficit needs constant net debt issuance), moments ago the Treasury sold its first coupon auction for the week when it found buyers for $58BN in 3Y notes – a size which matched last month’s record… 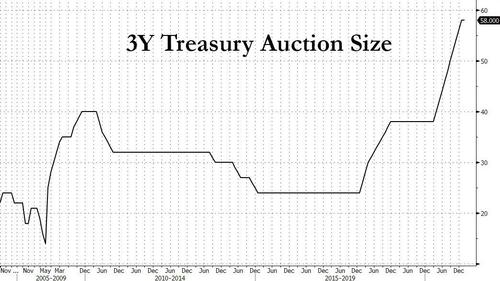 Overall, a boring auction which priced pretty much in line with expectations, as the absolute lack of reaction in the secondary market confirmed. 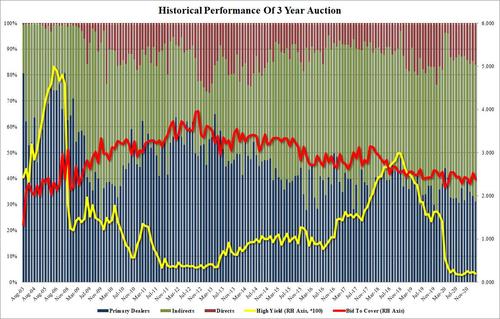 The Individual vs. the digital platform; the global rebellion vs. the machine