This video from the 15th October 2020 speaks for itself. 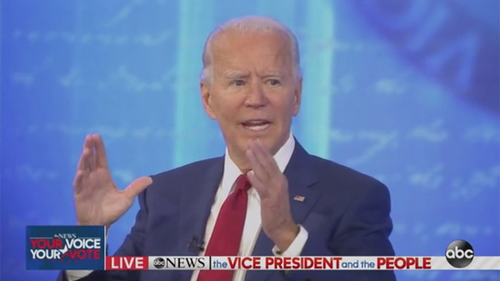 During a town hall broadcast by ABC News just over a fortnight before the election, Joe Biden was discussing his tax proposals when he declared that in order to see them implemented he would need votes and approval from Congress.

“I have this strange notion. We are a democracy,” Biden sardonically declared, pointing out that “Some of my Republican friends, and some of my Democratic friends occasionally say ‘well if you can’t get the votes, by executive order you’re going to do something’”.

“You can’t do it by executive order, unless you’re a dictator,” Biden declared, adding “We’re a democracy, we need consensus.”

Fast forward to the first day of Biden’s presidency.

Before the first week of his presidency was over, Biden had signed THIRTY-SEVEN executive actions.

Despite the apparent fact that Biden doesn’t even know what he’s signing, he has already put pen to paper on more than three times as many orders as the previous four Presidents COMBINED.

Indeed, no other President has ever signed as many orders as Biden, according to The American Presidency Project at the University of California Santa Barbara.

So, Joe… In your own words, what does that make you?