Rep. Maxine Waters (D-Calif.) on Sunday claimed she did not encourage people to commit violence when she said three years ago that people were going to “absolutely harass” members of the Trump administration.

“I didn’t say go and fight. I didn’t say anybody was going to have any violence. And so they can’t make that stick.” 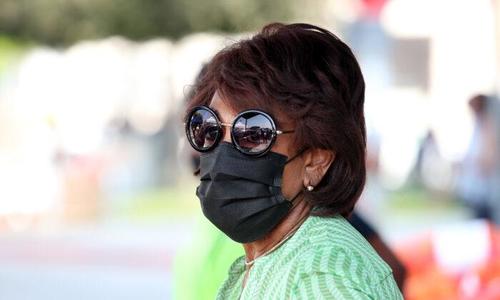 “Already you have members of your Cabinet that are being booed out of restaurants, who have protesters taking up at their house, who say, ‘No peace, no sleep. No peace, no sleep,’” Waters told a crowd in Los Angeles.

“Let’s make sure we show up wherever we have to show up, and if you see anybody from that Cabinet in a restaurant, in a department store, at a gasoline station, you get out and you create a crowd. And you push back on them. Tell them they’re not welcome anymore, anywhere!”

Appearing on MSNBC after the rally, she added that she had “no sympathy” for people working for then-President Donald Trump.

Trump at the time said Waters “just called for harm to supporters” and Republicans have pointed to Waters’s comments when defending Trump against the current impeachment effort. The former president was impeached last month for allegedly inciting the Jan. 6 storming of the U.S. Capitol. 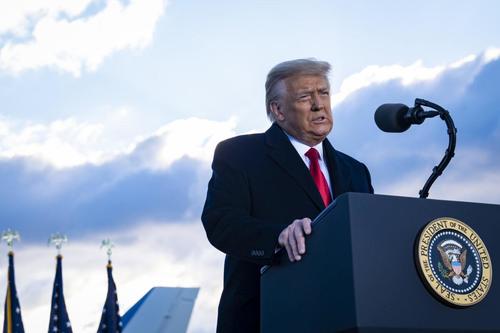 Then-President Donald Trump speaks to supporters at Joint Base Andrews before boarding Air Force One for his last time as president in Joint Base Andrews, Maryland, on Jan. 20, 2021. (Pete Marovich/Pool/Getty Images)

Bruce Castor, one of Trump’s impeachment lawyers, was asked whether he’d show senators during the upcoming trial the comments made by Waters and other Democrat officials.

“I think you can count on that,” Castor said last week. “If my eyes look a little red to the viewers, it’s because I’ve been looking at a lot of video.”

“Many of them in Washington are using really the most inflammatory rhetoric possible to use. And certainly there would be no suggestion that they did anything to incite any of the actions,” he added, referring to the raucous riots that took place in major U.S. cities last year.

“But here, when you have the president of the United States give a speech and says that you should peacefully make your thinking known to the people in Congress, he’s all of a sudden a villain. You better be careful what you wish for.”

“No matter what he says about me or [Speaker] Nancy Pelosi or [Sen.] Cory Booker, or anybody they’re going to point to, it won’t work,” she said on Sunday.

“It won’t work at all, because nothing matches the way this president has tried to destroy this democracy.”

“The Castration Of Whiteness”: Duquesne Professor Under Fire After White Suicide Lecture