Restart, Reset, Or Renew? The Strategy Against Iranian Nuclear Ambition

Authored by Peter Schweizer via The Gatestone Institute,

President-elect Joe Biden ran on a slogan to “restore the Iran nuclear deal.” For those voters desperate to undo every accomplishment of the Trump administration, which abandoned the deal and imposed sharp sanctions on Iran’s oil and financial sectors, it must have sounded attractive. 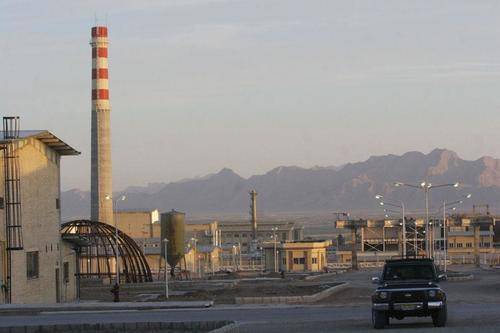 But now that Biden will be responsible for American security and not just criticizing Donald Trump, he would do well to slow down and consider alternatives.

The mullahs in Iran, claiming to be freed from the deal by Trump’s 2018 decision to pull the United States out, have openly accelerated their nuclear research, and recently boasted that they have achieved uranium enrichment levels of 20%. The JCPOA restricted them, on paper at least, to 3.67%. Iran has vastly increased its stockpile of ballistic missiles, a grave concern to other countries in the region, particularly Israel.

There is little hope that Iran will throttle back its advances in uranium enrichment, new deal or no deal. That genie is partially out of the bottle, and Iran remains a sworn enemy and a vicious threat to its neighbors. Even if the deal negotiated in 2015 by the Obama administration were worth the effort, it is impossible to imagine the Iranians willingly recommitting to enrichment levels they have long since blown past. No one believes in their professed “peaceful use” of nuclear energy. So why does a return to the deal make any sense?

European foreign policymakers seem to be encouraging exactly such a delusion. Germany’s Foreign Minister Heiko Maas said last month that the Obama administration-era deal still remains the “best instrument” to resolve any disputes about Iran’s nuclear program. He and his counterparts from Britain, France, China, Russia, and the European Union all declared it would be a positive step away from Secretary of State Mike Pompeo’s policy of crippling sanctions on the Iranian regime.

In 1994, in a book called Victory that traced the success of the Reagan administration’s strategy against the Soviet Union. I showed how the combination of an immense military build-up by the United States and its allies combined with sharp economic sanctions against the USSR is what extinguished it from the map. The book is out of print but enjoyed a second life among Pompeo’s subordinates and associates at the State Department and the CIA in 2018. I am still convinced that economic sanctions are the most effective way to effect a safer world and consign the Iranian regime to the same ash heap as the Evil Empire.

Iran’s economy remains a shambles and indications grow of the regime’s feathery grasp of power. Inflation is more than 40%, according to the Statistical Center of Iran. High unemployment and economic contraction have led to street protests against the regime, and harsh crackdowns on the people by the Islamic Revolutionary Guard Corps (IRGC). The country’s infrastructure and banking system continue to crumble, and the regime’s own corruption becomes more obvious as the plight of everyday Iranians worsens. The killing of top terror-funding IRGC official Qasem Soleimani by the US military and Iran’s relatively toothless retaliatory attack on two US bases in Iraq suggest that the regime fears what an escalation of tensions would mean to its own future more than it desires to stab at the “Great Satan.” The regime may finally be on the verge of collapse.

Incoming National Security Adviser Jake Sullivan said in a CNN interview recently that restoring the US to the JCPOA deal remains the intention of the new Biden administration, though he did predicate it on Iran’s willingness to return to the enrichment limits of the previous deal. Both sides apparently want the other to readopt the agreement’s terms first. Sullivan said nothing specific about whether the US would drop those sanctions as an incentive to Iran’s putting their nuclear program “back in the box,” as he called it. Iran has already rejected this offer, insisting as usual that it is the U.S. that is the “rogue regime.” Iran wants sanctions eliminated as a precondition to deigning to return to the negotiating table.

Those sanctions are the only leverage the U.S. really has to offer Iran, and Iran’s economy is now at the point where sanctions may finally succeed, just as the Reagan administration was able to do to the USSR in the 1980s. Now is not the time to reduce or remove them in exchange for paper promises born of a campaign slogan, from a regime whose movements suggest it fears its days are numbered.

The resource crisis faced by the Soviet Union in the 1980s was inherent in the system, but as noted in Victory, the U.S. had a comprehensive and sustained plan to make it a terminal illness. Through covert operations, hidden diplomacy, an intense military buildup, and a series of actions designed to throw sand in the gears of the Soviet economy, American policy destroyed the USSR from its fingertips to its heart. Former Soviet leaders including Mikhail Gorbachev have admitted it with grudging admiration. The only ones who were wrong were those in the liberal foreign policy establishment who pretended it was all just a coincidence.

Whatever course the new Biden administration chooses to combat Iran’s regional threat must feature the same skill, deep commitment and determination that marked the nine-year campaign to stop the Soviet Union from threatening the rest of the world. No one suspects the aged mullahs of Iran to be any less devoted to fomenting terrorism in the Middle East than the Soviets were of destabilizing Western democracies and emerging nations in Africa or the Middle East. The same commitment that brought down one can defang the other.