China’s pig herd is on alert again as disease outbreaks ramp up this winter. Reuters reports the new outbreak of diseases could hamper the hog recovery after the African swine fever contagion a few years ago wiped out about half of the country’s herd.

Government data shows China’s pig herd expanded by 31% in 2020. But with new outbreaks of swine fever in the northeast and northern provinces and rising Porcine epidemic diarrhea (PED), the widespread increase in diseases this winter has been very concerning to farmers. 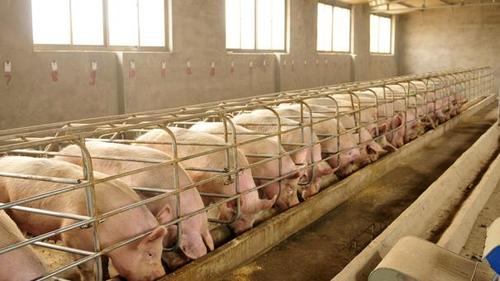 “The disease challenge right now is bad,” said one farmer, who declined to give his name to Reuters because the Chinese Communist Party (CCP) has banned him to speak with the media.

Beijing has spent the last year restoring its pig herd and pork supply as the world’s biggest consumer. For months, the CCP has kept the outbreaks of various diseases under wraps.

Pan Chenjun, a senior analyst at Rabobank in Beijing, said, “swine fever never stopped but recently there’s been even more, and more other diseases.”

“The high price in December was at least partly driven by disease,” Chenjun said, as well as rising demand ahead of the Lunar New Year holiday.

Spot hog prices in major producing province Shandong  recently jumped to 36 yuan ($5.57) per kg, the highest since August and nearly three times the price before African swine fever was reported in late 2018.

In response the swine fever, farmers had to increase their piglet herds for a speedy recovery. These farmers are raising young pigs that are highly susceptible to PED and other diseases.

“That has increased the intensity of this winter’s outbreak because so many new farms, built to replace the swine fever-reduced herds, are stocked with young females that have passed the virus to their offspring,” she said.

“It can kill one month of suckling pigs just like that,” she added.

Beijing expects its pig herd to recover by the first half of 2021. By November, herd levels reached 90% of their levels pre-swine fever outbreak. But now rising piglet prices suggest a shortage could materialize, which may hit pork output later this year.

USDA reports China has made record purchases of US corn products, sending prices to levels not seen since 2013. Judging by the dark winter of diseases in China’s pig herds, Beijing could soon ramp up its pork purchases from US farmers.

Into The Swarm #1: Archegos In The Coal Mine

Why the Capitol Protest Terrified the Elite