Today, especially, the “idiots at work” sign should be flying high over Capitol Hill.

We are referring to the boisterous congressional hearings about who is to blame for the crash of GameStop, the alleged nefarious machinations of the hedge funds and Robinhood and the purportedly innocent victims in mom’s basement who thought call options were the greatest new video game since Grand Theft Auto IV.

But among today’s silly foibles, the incessantly repeated idea that the Reddit Mob was a victim of a “pump and dump” scheme surely takes the cake. If these people were stupid enough to think that the value of a company dying in plain sight (i.e. GME) could go from $400 million to $23 billion in less than six months while its reported finances continued to deteriorate, they deserve to loose every dime of the stimmy money they threw into the Robinhood pot.

Still, the fact that the greedy, dimwitted Reddit Mob got its just desserts isn’t the half of it.

What was really on display Thursday in the recently christened (since January 6th) Holy of Holies of American Democracy is the utter cluelessness on both sides of the political aisle with respect to the financial elephant in the room: Namely, that the Fed has transformed Wall Street into a giant, destructive gambling den, which is now sucking a growing share of the populace into the pursuit of instant get-rich speculations that have no chance of panning out.

Stated differently, the relevant pump and dump scheme is the one being foisted on America by the lunatics at the Fed. You just can’t have stock market capitalizations growing by orders of magnitude faster than national income – especially when you measure from a starting point that was already pushing into the nosebleed section of history.

That has clearly been the case, however, since the pre-crisis peak in Q4 2007. The broadest measure of stock market capitalization available is the Wilshire 5000 Total Market Full Cap index, and its up 250% since October 2007.

By contrast, nominal GDP has gained just 33%. But there is simply no rational or sustainable basis for 13 year growth rates which diverge as follows:

Needless to say, this is where the gambling disease comes from. If GDP is a proxy for average annual gains from ordinary labor and business enterprise on main street, then the prospect of getting more than 3X those gains from frequenting the Wall Street casino becomes downright compelling; and that’s especially the case in the final blow-off stage of the bubble, when the rise in stock values goes nearly vertical, as they have since the March 2020 interim low depicted in the chart below (purple line).

Of course, the skunk in the woodpile is that sooner or latter market capitalizations can’t outrun the growth of income for a reason that is so profound that it has been completely obfuscated in the heat of the current mania. To wit, stock market capitalizations are ultimately nothing more than the present value of future cash (income) flows, even if from time to time exuberant traders and leveraged speculators – fueled by the central bank printing presses – manage to uncouple them from their main street anchors. 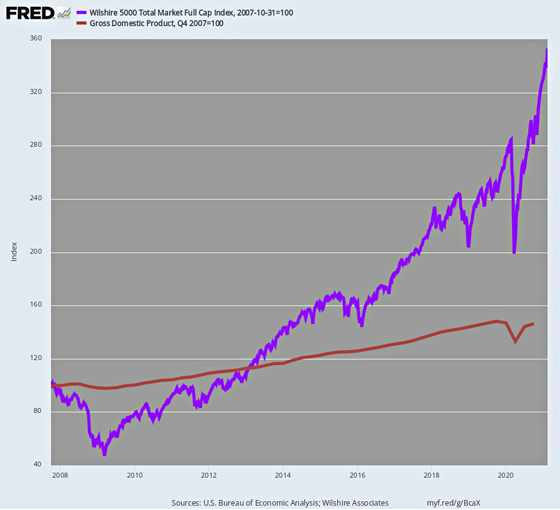 Then again, you can understand how greed among the Robinhooders fostered the stupidity embedded in the GameStop and short-squeeze contretemps of a few weeks back.

After all, these newbie graduates from the Sony PlayStation world were participating in their first rodeo, but that excuse doesn’t wash for a minute when it comes to the men, women and theys domiciled in the Eccles Building. These cats keep insisting there is no bubble, but what the hell is this?

The current ratio of stock market capitalization to national income (GDP) is not only at the highest point in history and even above the insanity of the 1999-2000 dotcom bubble, but is 3X or more the level which prevailed before 1990.

That is to say, during the era in which the US economy grew at 3%+ per annum, real median household incomes rose steadily and honest price discovery had not yet been euthanized by the Greenspan Fed and its heirs and assigns. 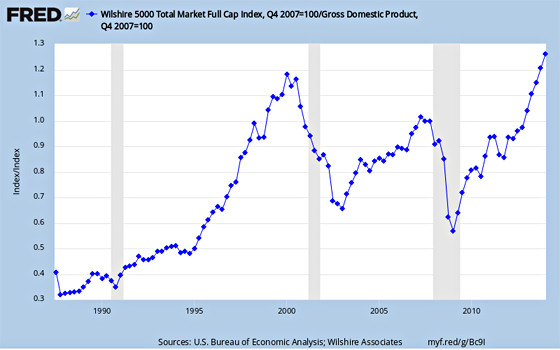 So let’s get to the most recent smoking gun proffered by the Fed heads. The January meeting minutes released yesterday show they are so completely besotted by the illusion they are actually managing the US macroeconomy that they have simply blotted out any recognition that 95% of what they do never leaves the canyons of Wall Street.

Accordingly, they monomaniacally insist on continued purchase of $120 billion per month of government and GSE securities for as long as it takes to reach their impossible employment and inflation targets:

The Fed plans to keep interest rates on hold until its goals of lower unemployment and 2% inflation are achieved. And it plans to continue the current pace of asset purchases “until substantial further progress” has been made toward those goals, the minutes said.

… participants emphasized that it was important to abstract from temporary factors affecting inflation-such as low past levels of prices dropping out of measures of annual price changes or relative price increases in some sectors brought about by supply constraints or disruptions-in judging whether inflation was on track to moderately exceed 2 percent for some time.

We intend to revisit the baseless 2.00% inflation target later, but suffice it here to stick a pin in the “full employment” target. The latter is based on the Keynesian domestic bathtub theory of potential GDP, and the notion that the Fed can cause it to be filled to the brim and remain there permanently with the right level of demand stimulus.

That’s complete rubbish, and this recent chart displaying the CBO’s projections of potential GDP and full-employment since the turn of the century leaves nothing to the imagination. Potential GDP simply can’t be estimated owing to the myriad of international, demographic and domestic tax and regulatory policy interventions which bear on how much the supply-side of the US economy can produce at any point in time.

For instance, in 2012 dollars real GDP today would have grown by double the amount of actual GDP gain had CBO’s 2005 estimate of potential GDP panned out.

The point is, the Fed’s full employment target for the U-3 unemployment rate is statistical and analytical nonsense owing to the gigification and internationalization of the domestic labor market, while the use of “potential GDP” as a proxy is even more arbitrary and unattainable. 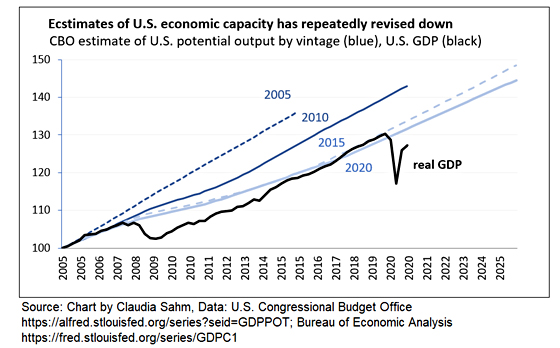 So the obvious point is this: The only thing the Fed can really impact is financial asset prices, and that is both wrong and pointless. As we have repeatedly reminded, the top 1% own 45% of the financial assets and the top 10% own more than 80%.

Indeed, targeting asset prices – via the so-called wealth effects doctrine–is, ironically, exactly what the subtext of Thursday’s congressional hearing gong show was all about: Namely, reverse Robin Hood economics and the channeling of wealth and incomes to the top of the economic ladder, as has occurred so dramatically since Alan Greenspan launched today’s malefic regime of Keynesian money-pumping in late 1987. 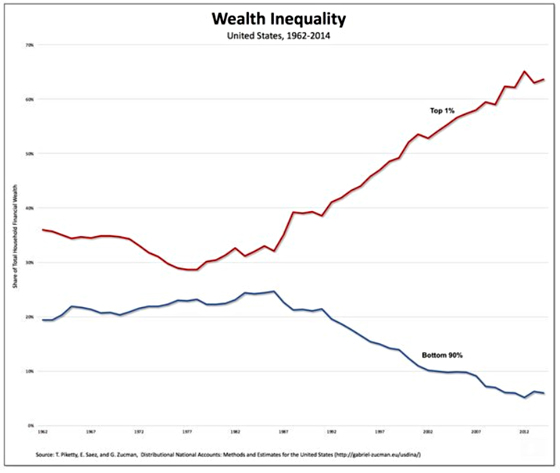 Despite all the gnashing of teeth about Citadel’s huge payments to Robinhood and other brokers for order flow, for instance, it has apparently not occurred to the Fed heads, to say nothing of the congressional geniuses, that the chart below does not reflect the free market at work, nor the purported genius of Ken Griffin.

Instead, Citadel trading revenues have soared more than 6X during the last four years because the Fed has been stoking the casino with liquidity like never before. This endless inflow of fiat credit, in turn, has fueled a massive increase in speculative trading, especially in options and other derivatives. And foremost in that nexus is the computer-based HFTs or high frequency trading operations conducted by Citadel, Virtue and others.

The fact is, there is no economic purpose or benefit to lightening fast trading; it doesn’t aid genuine capital formation, nor does it improve the allocation of equity capital. It’s just economic rent-seeking pure and simple, and is the byproduct of bad money, not free market capitalism.

Of course, in the case of Citadel this central bank fostered monetary deformation has permitted its EBITDA to soar by 11X during the past four years, thereby enabling Griffin to buy $700 million worth of houses for sport.

Indeed, the obscene depiction below of Griffin’s house buying spree is a screaming indictment of his enablers in the Eccles Building and the level of growth-stunting economic rent harvesting they have engendered. Contrary to certain free market thinkers who fail to understand the baleful role of bad money, Griffin is not a maker – just another central bank enabled taker. 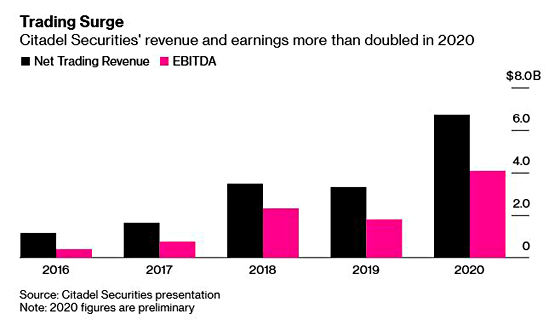 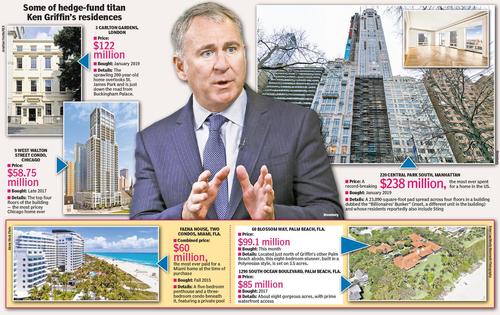 Beyond that, the Fed heads have no clue about markets in any event. We are put in mind of the Bernanke’s claim that the subprime mortgage problem was “contained” in, well, March 2007 on the very eve of the financial crisis.

So it seems that JayPo has recently done him one better this time around the barn:

“I would say that financial stabilityvulnerabilities overall are moderate,” he said in a press conference after the January meeting.

Perhaps these charts have been banned in the Eccles Building. There is no other way to explain the sheer obtuseness of the destructive dunces domiciled there. 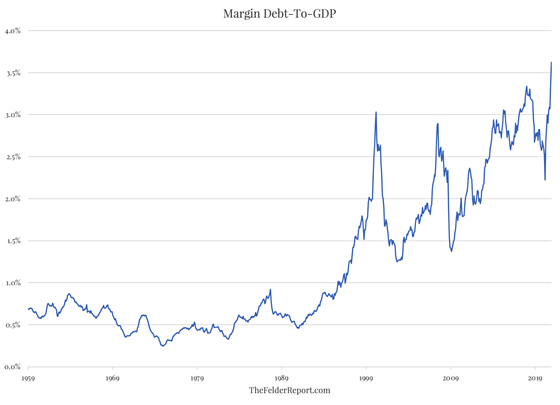 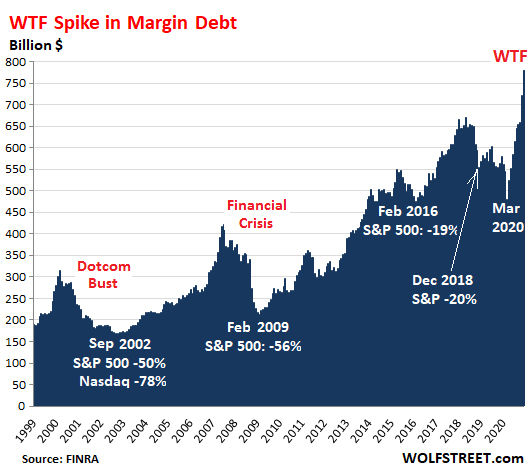 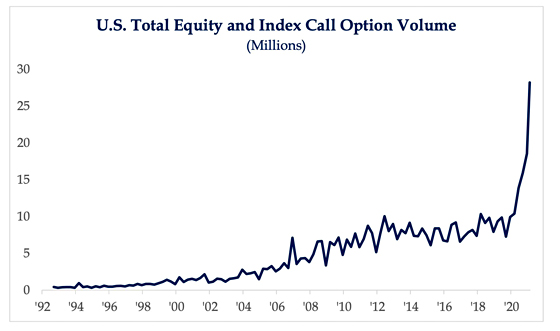 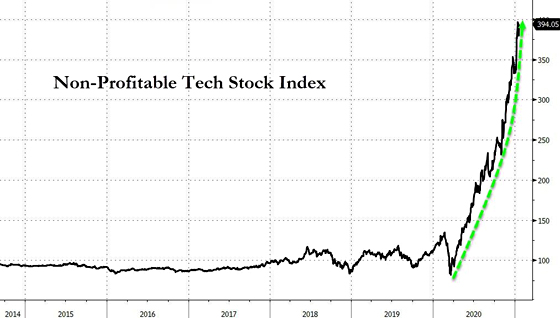 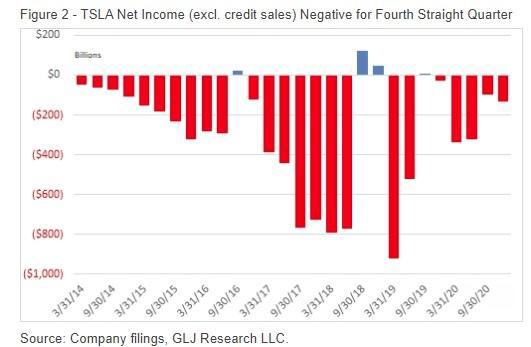 The post Robinhood and the Washington Idiots at Work appeared first on LewRockwell.

2021’s Deficit Spending Is Already Out Of Control. Here’s Why That’s A Problem