Robinhood Halts Buying In GameStop And AMC; Barstool’s Portnoy Slams App: “They Should All Be In Jail”

Update 0842 EST: Barstool Sports’ Dave Portnoy has weighed in on the restriction, stating “Either @RobinhoodApp allows free trading or it’s the end of Robinhood. Period.”

Either @RobinhoodApp allows free trading or it’s the end of Robinhood. Period.

He has also Tweeted: “And it turns out @RobinhoodApp is the biggest frauds of them all. “Democratizing finance for all” except when we manipulate the market cause too many ordinary people are getting rich.”

He continued: “Somebody is going to have to explain to me in what world [Robinhood] and others literally trying to force a crash by closing the open market is fair? They should all be in jail.”

Somebody is going to have to explain to me in what world @RobinhoodApp and others literally trying to force a crash by closing the open market is fair? They should all be in jail.

Ameritrade I expect. @RobinhoodApp entire business model is to cater to the exact people they are now trying to fuck with and scare into selling. They will never recover from this.

One day after TD Ameritrade implemented unprecedented restrictions on trading in GME, AMC and other massive short squeezes, on Thursday morning reports are circulating on social media that Robinhood is no longer allowing GameStop or AMC share purchases. 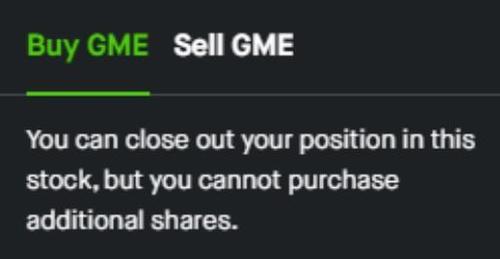 “Robinhood Removes GameStop, AMC; Puts Notice On Pages Saying ‘You Can Close Out Your Position On This Stock, But You Can Not Purchase Additional Shares’,” Benzinga reported at about 0830 EST.

The report was corroborated by additional sources shortly after 0830 EST.

Ok seems like it’s true from the numerous #Robinhood traders that have confirmed they cannot trade #GameStop #AMC or #Express on their accounts right now$gme$amc$exp https://t.co/CRbu1fCofr

There are also scattered reports that the app has restricted BlackBerry. Users on social media are furious:

In case it wasn’t obvious yet, they’ll do anything to prevent retail from making lots of money in the stock market. Robinhood just proved this by removing $GME, $AMC and more.

Is @RobinhoodApp really blocking $GME sales so these fucking hedge funds can cover their short? Disgusting 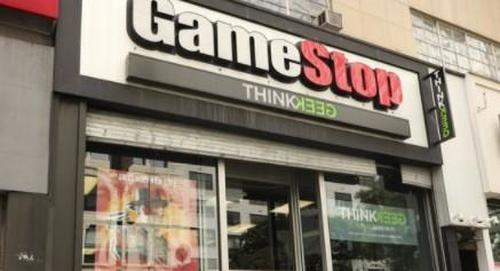 Coronavirus Fact-Check #9: Is the vaccine safe?