While everyone’s attention remains focused on Thursday’s 7Y auction as this was the very auction last month which sparked the rout in the bond market after catastrophic lack of demand almost led to a failed auction, moments ago the Treasury sold its first coupon auction for the week in the form of $60BN in 2y paper, matching the highest auction size on record. 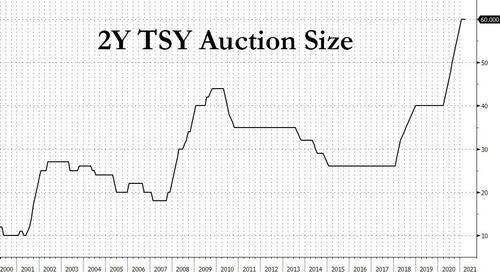 The auction was solid, if not spectacular, but certainly not a disaster.

The high yield of 0.152% printed on the screws with the 0.152% When Issued, and was about 3bps higher than the 0.119% high yield in February; it was also the highest since Nov 2020. In any case, there was not even a trace of the ruinous tail we observed one month ago in the 7Y auction, which then sparked weeks of bond – and stock – market turmoil. 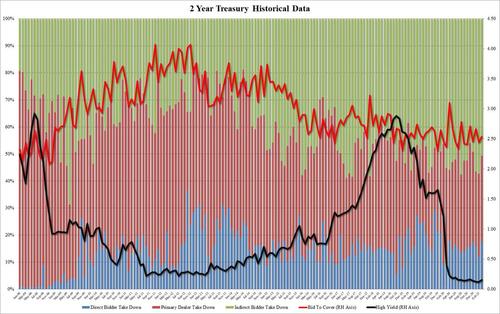 Overall, a solid auction and one which indicates that this week’s 5Y and 7Y auctions will be a walk in the park compared to what happened one month ago this week.

Merkel: “No End In Sight Until World Is Vaccinated”

US Preparing Cyberattack Against Russia Over SolarWinds Hack: Report